YOU’VE heard of the Dirty Dozen, well meet the Clean 19, a crack squad of zero-craic agents specialising in covid-19 rules around drinking and social distancing, without any fear of them joining the fun themselves. “For this job we couldn’t risk sending people in who could be talked around into ‘having one yourself, Guard’. We… Read more » THE Government is expected to sign off on legislation today which paves the way for the use of Garda body cameras to help provide officers with their own recordings of situations they encounter on their beat, if they decide to press record. Mirroring better run jurisdictions due to an ongoing lack of imagination, Justice Minister Charlie Flanagan will ask his Cabinet colleagues for… Read more » 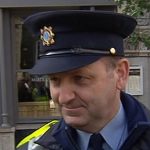 REPORTS coming into WWN this afternoon suggest heroic Garda whistleblower Sergeant Maurice McCabe is set to retire from the Nation’s police force with his undefeated record intact. Frequently coming up against opponents who significantly outweighed him, and were intent on landing knockout blows, the Sergeant, widely known now for his fight against corruption, will retire… Read more » A SHOCKING new report into the peculiar habits of gardaí has found that as many as 93% of members secretly squeeze their own nipples under their stab vests while on duty, WWN can confirm. The practice, which was flagged in 2008 after the first batch of stab vests were issued to the force, has been hailed as… Read more » A REPORT into the treatment of Garda whistleblowers by senior Garda has vindicated whistleblower Garda Maurice McCabe while pointing to a conspiracy by former Commissioner Marton Callinan and Garda press officer Dave Taylor to denigrate and tarnish the officer’s reputation all because McCabe was attempting to expose corruption within the force. The exemplary work and… Read more » A FRUSTRATED Judge Charleton has pleaded with former Garda Commissioner Noirin O’Sullivan to deliver her evidence to the Disclosures Tribunal in a straightforward and clear manner, after she once again used sock puppets to answer questions. While the use of puppets is a vast improvement on her first day of giving evidence, when O’Sullivan answered every… Read more » AS the inquiry into the treatment of garda whistleblowers chaired by Judge Charleton rumbles on, several people close to the Disclosures Tribunal have confirmed it’s likely to turn into a nice earner as it has the potential to drag on for some time. With the inquiry currently looking into the complex machinations behind the choice… Read more » IN A heartwarming gesture that defines the giving spirit of the Christmas season, Ireland’s criminals have promised to behave after learning the news that frontline policing is to be drastically reduced due to the sudden cancellation of overtime for Gardaí. Garda overtime, much maligned, is frequently used to paper over the cracks of personnel and… Read more » 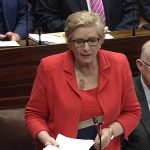 SPEAKING IN the Dáil in order to respond to questions around her knowledge and possible part in former Commissioner Noirin O’Sullivan’s decision to instruct a legal team to question whistleblower Sergeant Maurice McCabe’s motives for wanting gardaí corruption to be stamped out, the Tánaiste Frances Fitzgerald provided an exhaustive timeline of what she knew and… Read more » A DEPRESSING new poll among serving gardaí has shown that almost all of them have abandoned any of the crime-fighting ambition that spurned them to join the force in the first place, with most of them admitting that they no longer have any desire to cling onto the bonnet of a speeding stolen car as… Read more »