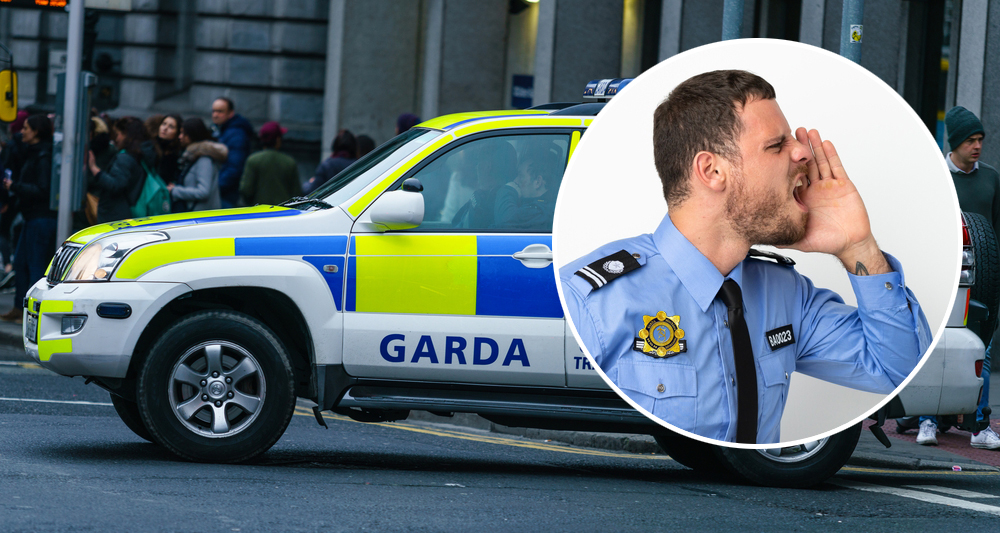 GARDA Síochána members are to be trained in on shouting out emergency signals after it was revealed that only a fraction of the force are authorised to use emergency lights and sirens in squad cars, WWN has learned.

Visiting a new Templemore training program designed to teach under qualified Gardaí to simply make sirens with their mouth holes, WWN found the alternative new system to be quite effective, however, sometimes exhausting for trainees.

“Nee naw, nee naw, nee naw… ah me feckin’ throat,” broke down one Garda mid siren while driving for several minutes during a staged car chase, “it’s very hard to drive with the window down and screaming nee naw sounds while only being allowed drive at the speed limit,” admitted the garda, whose mock suspect was quickly escaping, “hopefully someday I’ll get to use the big boy siren and actually, you know, be able to drive after a dangerous subject and possibly save someone’s life”.

The new course comes after a Limerick garda was reprimanded over stepping above his station during an incident which saw him try to warn members of the public over a dangerous driver, activating the blue lights on the squad car – something the member was not authorised to do and will somehow face serious consequences for.

“He’ll probably lose his job or get a big fine; if only he knew how to make the boo boo light noise with his mouth,” explained a Síochána source, citing the importance of the new nee naw course and others, “we’re also going to launch another course in how to make stab vests from old bits of newspaper. It’s great to see the force finally advancing like this with the times”.