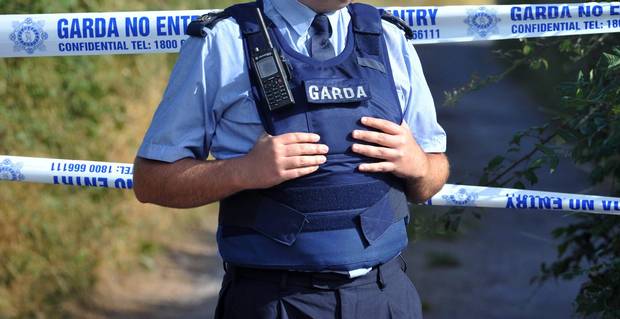 A SHOCKING new report into the peculiar habits of gardaí has found that as many as 93% of members secretly squeeze their own nipples under their stab vests while on duty, WWN can confirm.

The practice, which was flagged in 2008 after the first batch of stab vests were issued to the force, has been hailed as a “taboo” among members of An Garda Siochana.

“It first started during a routine traffic stop on the M50,” a brave garda told WWN, who wished to remain anonymous, “the female driver was eating a snack box when I approached the vehicle, laced in vinegar now, lovely golden fried chicken too, and she was horsing into it like I wasn’t there at all, so I kind of just stood there at her side window watching her eat – she seemed to like it too.

“Naturally, my fingertips glided over my nipples underneath the vest, and that was it, I began squeezing them real hard while she tore that succulent chicken from the bone. The pain aroused me and I was hooked for life”.

The report also found that 3,879 gardaí were either treated for swollen or weeping nipples in 2017, with the large majority of them being male and aged between 25 to 45 years of age.

“It just makes me feel alive in this dark, deluded world we have to work with, an escape if you will,” another unnamed garda explained, “yeah the stab vests keep our hands warm, but they’re also great at hiding our addiction. In fact, I’m squeezing mine right now. You wouldn’t think it, would you? I hide my sex face very well”.

Following the report’s findings, the government has proposed a full recall on all Garda issued stab vests from the force and suggested a new see-through vest to be worn instead.