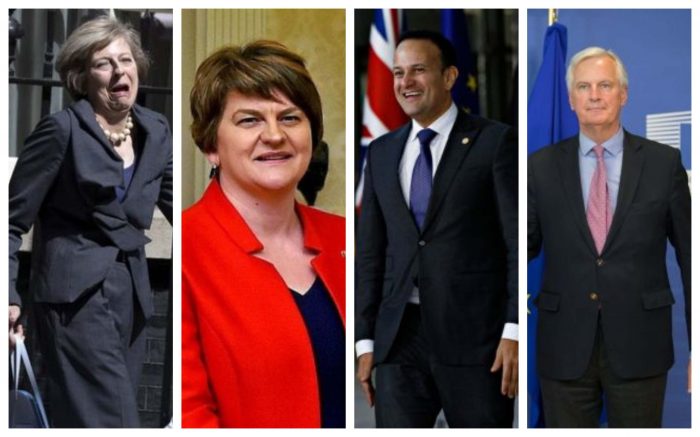 IN ORDER to help Europeans better understand the current status of Brexit and negotiations surrounding Brexit, WWN has put together a helpful guide for those left scratching their heads and wondering “where the fuck are we at with Brexit again?”

The reasonable question was first sent into us by the British Brexit negotiating team who couldn’t quite get to grips with the fact they were rejecting proposals and deadlines this past week that they themselves suggested and signed up to last year.

For ordinary Britons and Europeans who are dismayed by the utter chaos that is the British government’s shambolic performance and planning, there is seemingly a light at the end of the tunnel.

Asked by journalists how negotiations are progressing, British prime minister Theresa May responded “everything is fine” before bursting into uncontrollable tears. Her legs then buckled underneath her, reducing May to a shivering wreck.

This carried on for several minutes until one of May’s aides picked her up and carried her away. Elsewhere, Boris Johnson got his head stuck in a set of railings outside his home.

Now we have a clear and positive answer as to how British officials feel Brexit negotiations are going. The only way is up.

However, you could still be asking yourself so “hang on, where the fuck are we at with Brexit again?”. Fair question.

As the Irish border is a huge issue and sticking point that no one could have foreseen if they were the type of ignorant fool who never once stopped to think about Northern Ireland, debate continues around a ‘hard border’ and a ‘backstop’.

If you’re still thinking “where the fuck are we at with Brexit again?” you are probably keen to know what other European leaders are making of the lack of progress in talks.

A quick scan of all 27 EU member states and it seems every leader is saying some variation of “the British officials have no fucking idea what they want, they are so pathetically out of their depth I think they want us to take pity on them and leave us EU leaders to voluntarily do all the work for them and make sure they don’t lead their own people into an economically disastrous deal”.

So all in all it’s going pretty well.