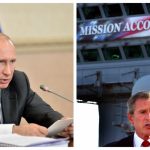 SENDING your army into a sovereign nation isn’t something one does without first considering how this is going to look to the rest of the world. As such, it’s highly unlikely that Vladimir Putin ordered his troops to invade Ukraine without at least taking a look at how it’s done by the United States, AKA… Read more » 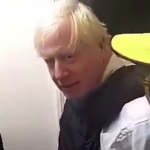 OUTGOING British PM Boris Johnson has only a few weeks left before stepping down, and is using his time to make sure he fulfills everything he wanted to achieve when he took the reins in 2019. “Conduct a dawn raid with a heavily armed police force on the home of a black person, check!” beamed… Read more » THE WORLD is in mourning after the passing of legendary Pizza hut commercial actor Mikhail Gorbachev, who has died at the age of 91. A magnetic screen presence, Gorbachev was launched into international stardom after starring in advert for the pizza chain, after spending decades being passed over for major roles. “I was this close… Read more » 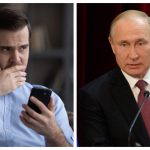 SEEKING to clear up what must be a misunderstanding one local Irish man feels he can’t stand idly by and watch Vladimir Putin be accused of the most unfair and unimaginable things, WWN can confirm. “It’s like you’re talking about a completely different person,” offered Waterford man David Farley, as he learned of accusations being… Read more » INTERNATIONAL media have descended on Finland after news broke of a woman spending an evening with friends, WWN understands. The sinister development has seen calls for the woman, Sanna Marin, to be fired from her job such was the severity of socialising conducted in a house owned by one of her friends. “She has gone… Read more » 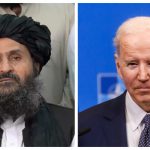 THE TALIBAN has marked the one-year anniversary of America serving up Afghanistan against the wishes of its people and their democratically elected government to religious extremist terrorists, and have not forgotten the man who made it all possible. “May Allah be with you Joe. People say we have had great success taking so much away… Read more » FLIPPING two middle fingers in the air, British-Indian writer Salman Rushdie is said to starting his recovery after an assassination attempt just days ago, taking no time to call out his attacker and anyone like him. “I’m still here, motherfuckers!” Rushdie shouted down the lenses of the assembled press camera, “looks like Allah was on… Read more » 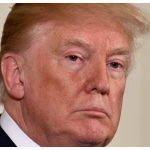 DESPITE claims Donald Trump ‘shut the fuck up for the first time in his life’ by pleading the fifth during questioning by New York authorities conducting an investigation into potential fraud in his businesses, the former president reportedly ‘sang like Adele at the Grammys’ and immediately gave up his children. “Can you arrest Eric twice,… Read more » INFOWARS host Alex Jones has been ordered to pay $49.3mn to the parents of Sandy Hook victims, prompting doses around the world to wonder who is trying to silence Jones, and how does this all figure into the bigger picture? “The fact that Jones admitted on the stand that he lied about Sandy Hook being… Read more » FOLLOWING the unprecedented scenes of FBI agents executing a search warrant on the Mar-a-Lago home of former US president Donald Trump, those who know the law abiding model citizen best insist this must be one of greatest misunderstandings of all time. “Ok, name one time he could have possible done something that would draw the… Read more »