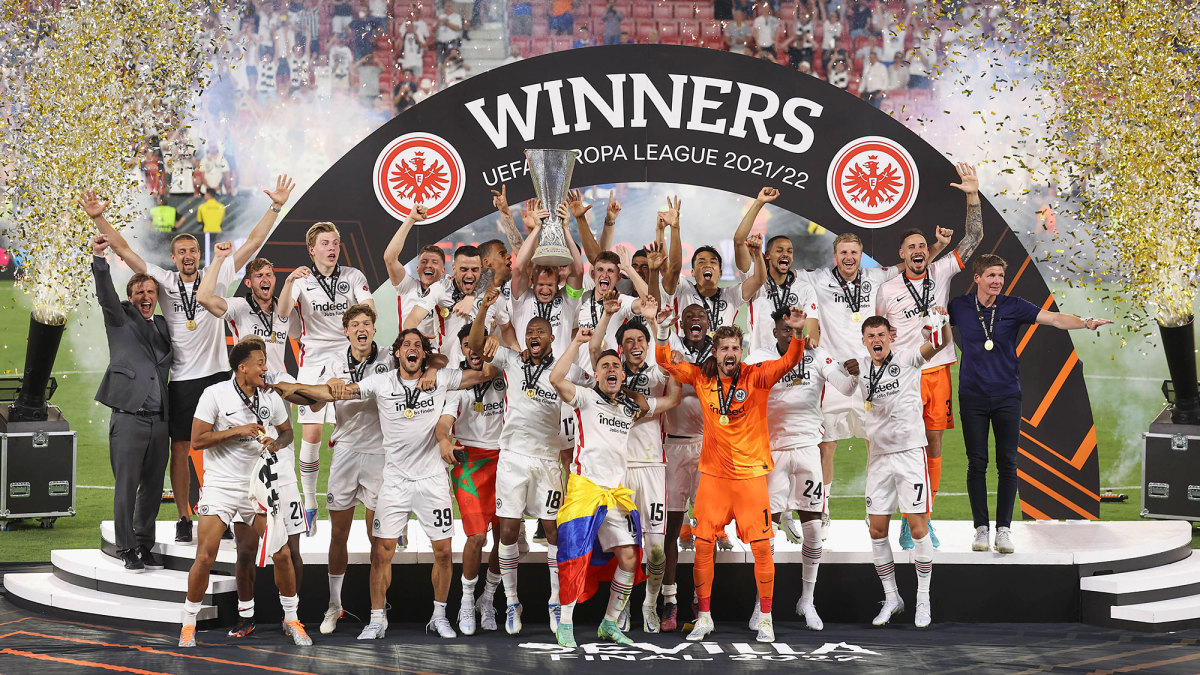 DESPITE the fact it hasn’t even been 24 hours since Eintracht Frankfurt beat Rangers in a penalty shootout to clinch the Europa League, the environs of Celtic Park now boast an imposing statue dedicated to the German club.

“I commissioned the statue as soon as I saw Aaron Ramsey was taking a penalty,” confirmed a Celtic official, who says the quick build was down to the fact that over 100,000 volunteers offered their services to get it complete in record time.

“Jock Stein, Henrik Larsson, Billy McNeill, Scott Brown and Frankfurt, you name them, they’re all deserving of their place in our Hall of Fame,” confirmed one tour guide showing us around Celtic Park which also included a wall dedicated to showcasing Rangers fans’ faces when Rafael Santos Borre converted the winning penalty.

The imposing statue, made from the tears gathered from the floor of the Ramon Sanchez-Pizjuan Stadium which were then distilled into solid gold, is believed to be the only one of its kind which prompts onlookers to immediately burst out into uncontrollable floods of laughter.

“Some might be confused as to why we’re so delighted to see Frankfurt beat a small club reaching its first ever European final, a club that’s only been in existence for a handful of years, to which I say sorry but I’m off to watch that penalty shootout another 50 times and learn the Fields of Athenry in German,” confirmed a fan of the Scottish League champions.