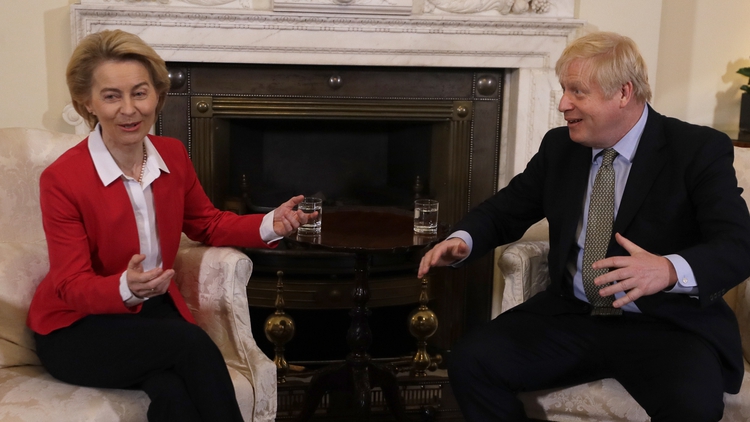 THE EU have agreed in principle to a winner-takes-all solution proposed by the UK, whereby a best-of-nine ‘Rock, Paper, Scissors’ tournament may be held to decide a solution to the issue of Boris Johnson not liking the Northern Ireland protocol he wrote, proposed and agreed to.

The people of Northern Ireland are said to be receptive to the idea, as it represents the first truly decisive bit of leadership they’ve experienced since the issue first arose.

Prime Minister Boris Johnson, who had originally intended to just tear up the onerous NI protocol a mere 18 months after agreeing to it in the first place, has called the RPS tournament a ‘stunning success for the people of Northern Ireland’, and expresses that he has every confidence in himself when he clashes fist-to-palm against EU chief Ursula von der Leyen next week.

However, Johnson has refused to state what will occur should von der Leyen win the bout, and when pressed it was discovered that the PM was not fully aware of the rules of Rock, Paper, Scissors, having only heard the term on TV and never actually played the game himself.

Furthermore, Johnson is demanding that before the tournament takes place, a special rule be put in place that would see rock beat both paper and scissors, as ‘a rock thrown hard enough can easily pierce through paper’.

The amendment to conventional RPS rules has been supported by the DUP, who are refusing to engage in political life until the clash goes in their favour.

Mr. Johnson has also decreed that should both he and Ms. von der Leyen choose rock at the same time, his rock should beat hers as his hands are bigger and ‘that’s just science’.

Amid momentary hesitance from the EU while they work out just exactly what the hell the UK is asking for, Johnson has called for a cancellation of the tournament that he himself proposed, opting instead to just tear up the NI Protocol and seeing what happens, in a move that is 50 % ‘hoping for the best’ and 50% ‘not caring if it goes wrong’.