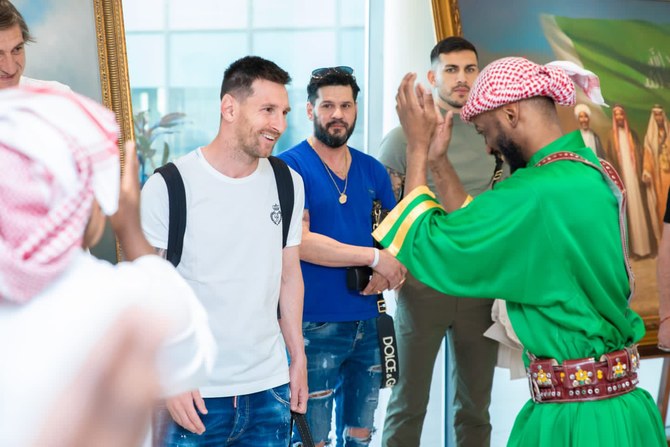 THE FOOTBALL world has immediately thrown its support behind Lionel Messi as he recently came out as someone more than willing to take money from the homophobic regime in Saudi Arabia to promote the country as a tourism ambassador, WWN Sport can reveal.

“Wow, this is huge. Hopefully this encourages other footballers reportedly worth €500mn to put aside all morals for yet more cash they absolutely do not need,” said one footballer rallying around Messi and his decision to partner with a country which administers the death penalty for gay sex.

Saudi Arabia is distinct from Messi’s other lucrative deal with his employers at PSG, a club owned by the Qatari regime where homosexuality is punished with three years in prison.

“That must have taken some courage to come out and happily smile with regime official for a tourism push. Sorry not courage, the words I was looking for was abject cowardice and greed,” added another footballing peer.

Messi has been praised for taking the lead as a footballer at the peak of his powers who has taken risks while the younger talents sit back and expect everything gifted on a plate, not a leader among them.

“It’s good he’s come out and is able to be himself, but we live for the day such announcements are so boring and routine they barely make a ripple. The game’s moved on so he won’t get any chants aimed at him over this. You only have to look at Qatari hotels barring gay people from staying with them for the World Cup to know we’re making progress with our moral vacuum,” confirmed a FIFA spokesperson, before stressing Messi has their full support if he cuts them in on the deal.