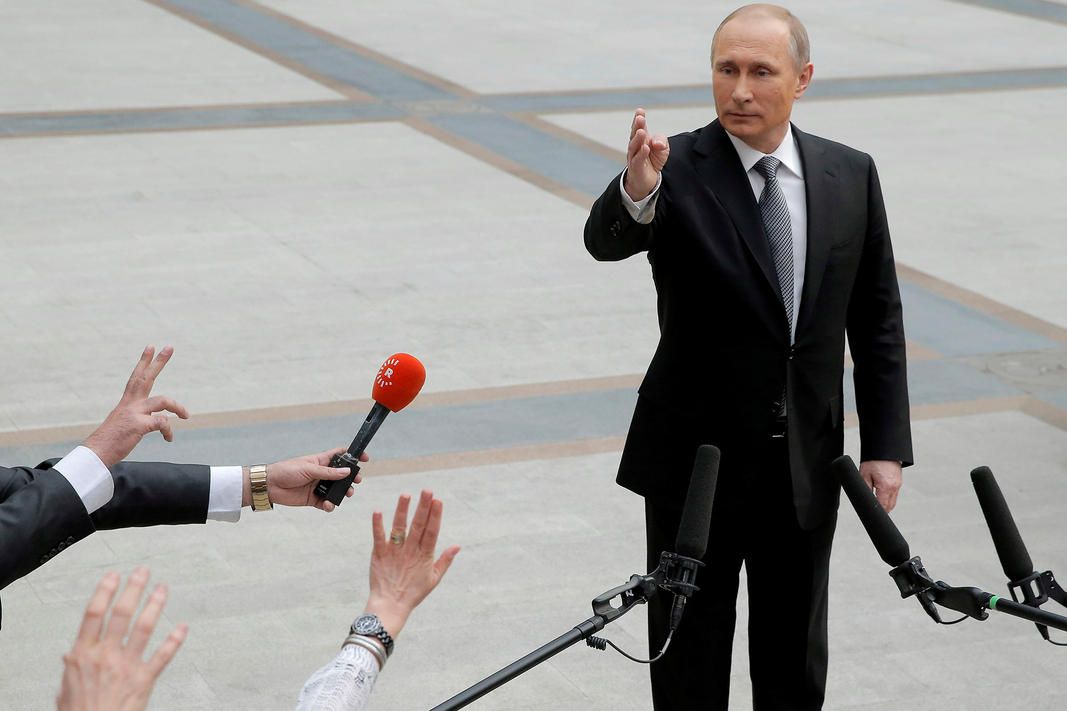 STRUGGLING to carve out the time necessary to deny the high volume of war crimes being committed daily by the Russian military, Vladimir Putin is now block filming denials to Russian media every Sunday evening in a bid to implausibly deny irrefutable evidence in a less time-consuming manner.

“There will be no mass graves found in Mariupol but if you find them it wasn’t us,” Putin confirmed in a pre-recorded segment days ago, as he seeks to get out ahead of accusations he is well aware he will face in the coming days.

“Oh and next week there will have been no small, targeted nuclear missile launch. Eye witnesses will not have seen it and when experts in nuclear and chemical warfare find evidence, they haven’t. By my estimation this all will not have ever happened on Tuesday next,” added Putin, changing ties in between takes as to give the appearance he was in a different suit, filming weeks apart.

Looking exhausted as he meticulously ticked off a list in a binder marked ‘things I definitely did and will do’, Putin moved onto domestic denials.

“Two Russian oligarchs and their families died in mysterious circumstances this week and I’m being asked about it? C’mon, that’s unfair. And I suppose I’ll be asked again when the third and fourth oligarchs die on…hey, Bortnikov, when are they scheduled to die? Thursday? I bet you’ll ask me about that on Thursday. Typical”.

Previous recordings filmed ahead of time last week included a chocolate covered Putin denying any knowledge of the whereabouts of the Kremlin’s dwindling Easter Egg supplies.