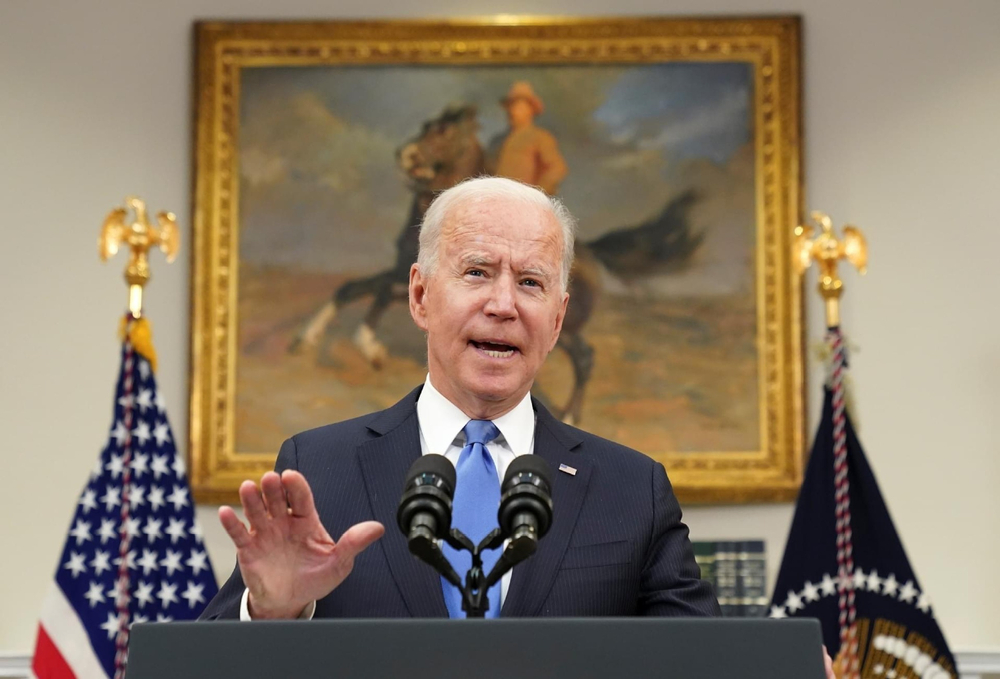 AMID harrowing images emerging from Kabul airport and elsewhere across Afghanistan as the Taliban seize power, US president Joe Biden delivered yet another media address filled with dispassionate and incorrect predictions which will come back to haunt him in about 5 minutes time.

“Progress is temporary, cowardly abdication of our responsibility is permanent and ever predictable,” confirmed Biden, whose exit strategy from Afghanistan has been likened to giving a burglar the code to your house alarm before going on holidays.

“Invading a country, temporarily stabilising it, and then leaving it to ruin in the most horrific fashion is as American as apple pie, or a school shooting,” continued Biden, to shrugs of indifference from White House reporters who agreed there was only so much you could do for ‘these ungrateful people’.

“Also, I wish people would stop referring to the US, the UK etc as ‘coalition forces’ we would now like to be known as ‘helpless bystanders with no dog in this fight’, thank you. This is now one of those ‘not our problem’ problems,” continued Biden, before predicting the Delorean would be the car of the future and Sony Discman 2021’s music must buy.

“You’re welcome,” responded Biden, in a clear case of misunderstanding, when the Afghan people said ‘we won’t forget the way the US has treated us’.

Elsewhere, in an exclusive interview with the BBC, a spokesperson for the Taliban has told Afghan women they ‘have nothing to fear’ as the Taliban is ‘totally chill and will probably institute an Islamic Feminist Republic’, news which was greeted with relief by international leaders who can now go back to ignoring Afghanistan.