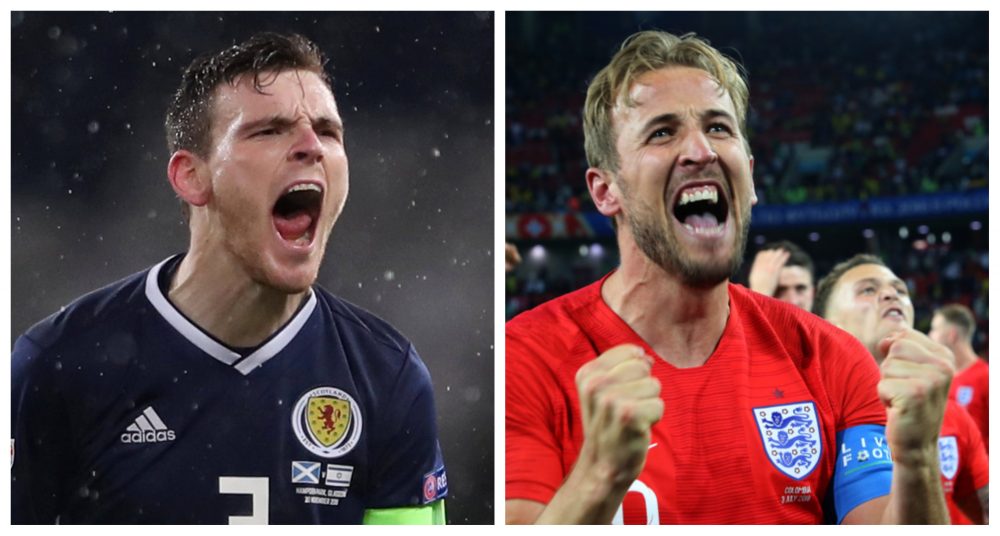 TUNING IN later to watch the hotly anticipated clash between Scotland and England and wondering how you can outwardly show your support for the Scots?

WWN has a comprehensive guide to Scotland-a-fying yourself below.

The obvious: wear a kilt, deep fry a can of Irn Bru and communicate only using Braveheart quotes.

Watch the ‘why does nobody know how to flush a toilet after they’ve had a shit?!’ video on repeat.

Fit David Marshall with one of those electric dog collars to stop him going walkabouts to the halfway line.

Replace all Coke bottles at press conferences with cans of Tennents.

Learn ‘Flower of Scotland’ on the bagpipes in your new Scottish-covers only band called the Jesus, Mary & Joseph Chain.

Nicola Sturgeon is now your Maw. You’ve an uncle called Limmy and someone’s turned the weans against him.

Not so obvious: Right before kick off ring Harry Kane posing as Pep Guardiola and tell him to get to Manchester now to sign the contract or the deal’s off.

While it won’t come naturally to Irish people, speaking disparagingly about the England and their team may be necessary.

It won’t feel right shouting ‘Southgate, you waistcoat fanny!’, but soldier on.

And although changing the entire Trainspotting ‘choose life’ monologue so it’s just filled with insults about Boris Johnson won’t be easy, Scotland needs you so ‘choose a 2nd indy referendum, choose to know how many kids you have, choose not to be a demented cabbage brought to life by a mad scientist who used Thatcher’s piss bag as a petri dish, choose Scotland’.

If the impossible happens and Scotland find themselves in the middle of a spanking commandeer the little VW car they use to put the ball on the pitch and drive directly into the nearest English ankle you can find.

Alternatively, paraglide into Wembley on a parachute made out of tartan thistles in a protest against England being allowed use good players.