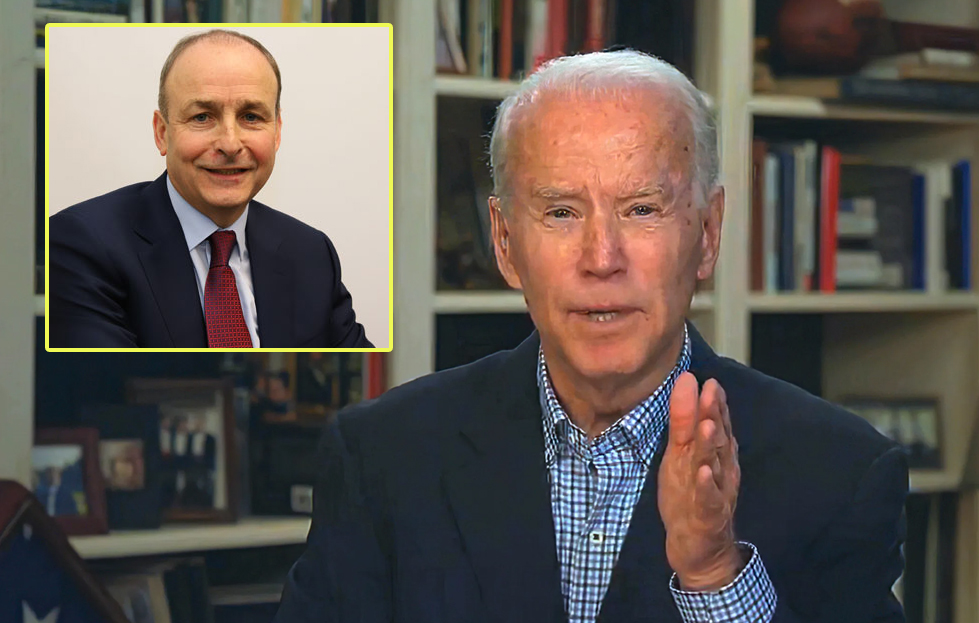 AHEAD of his St. Patrick Day’s Zoom call audience with US President Joe Biden, Taoiseach Micheál Martin has been told by the Irish public to ask if there’s any spare vaccines going.

“Guilt him by making up a few spare Biden cousins, say they’re riddled with the Covid, or pull the Oliver Twist routine, whatever it takes,” confirmed the Irish public.

Under suggestions submitted by the Irish public the ceremonial bowl of shamrocks is to contain a brief ‘terms and conditions’ in small print which state the recipient of the bowl hereby agrees to exchange the shamrocks for a minimum of 500,000 vaccines.

Martin has been told by the public that if he’s too proud to beg, they’d happily join the Zoom call and put on the waterworks or veiled threats themselves.

“Surely, we deserve a genuine upside to allowing US troops through Shannon other than exposing ourselves to potential terrorist attacks?” said one member of the public who’ll get a vaccine some time in 2026 the rate we’re going.

Those keen on getting their lives back to some form of normality have offered to write a Zoom call script for the Taoiseach designed to guilt the jab-happy US authorities into conveniently letting a few hundred thousand vaccines ‘fall’ off the back of a truck.

“We’ve basically taken a Heaney poem and replaced every word with the phrase ‘giz us some bleedin’ vaccines’ – he’ll be powerless to resist.”

Worryingly, Martin has brushed off all helpful suggestions stating ‘I’ve got this’ in a sure signal he’s going to mess it up on a scale never seen before.