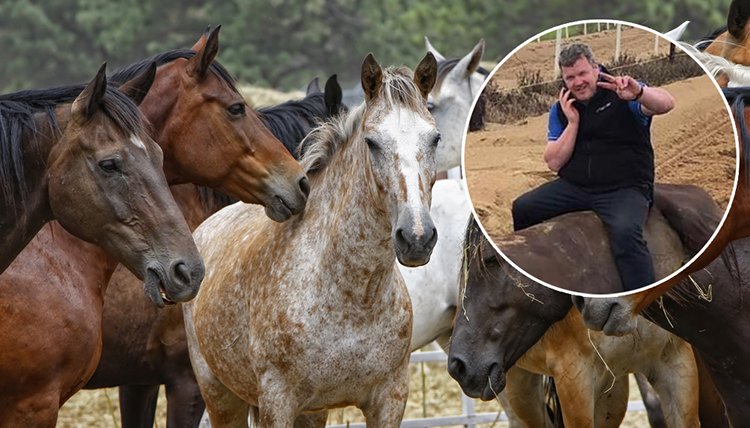 COMMENTING on the fallout from a controversial viral image of an Irish horse trainer sitting on a dead racehorse, some 20,000 plus deceased animals who failed to make it on the racing track and were slaughtered have admitted to being kind of jealous for not making the news.

The 22,000 figure, which is only from 2017-2019 and probably now double that, continuously goes under the Irish horse racing outrage radar due to the large amounts of wealth trainers and stud farms accumulate for the industry, with the dead animals insisting ‘no, go right ahead there and just be outraged at a single dead horse being sat on by Gordan Ellis; we’re used to it at this stage’.

“Sure, over seven thousand of us are slaughtered by the industry and sold for meat every year for not running fast enough, but don’t let that stop ye getting outraged over just one of us – at least he made it to the track to be run into the ground,” insisted one dead horse WWN spoke to using a Ouija board and a horse whisperer by the name of Dave, “probably best to continue focusing on the greyhound industry and how they do the same thing on a smaller scale, or better yet, slate and racially abuse an Irish traveller driving a sulky”.

“Hey, it’s a good thing the horse racing industry isn’t compared to the now struggling greyhound industry, or we would all be out of billions,” shared one horse stud owner who wished to remain anonymous for obvious reasons, “I couldn’t imagine what would happen if people actually found out the God awful shit we are at in the back of it all – it’s a good thing we’re insanely rich and well connected”.