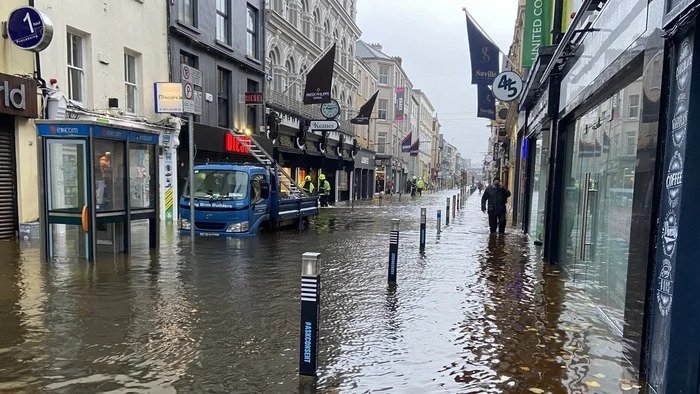 THE confluence of high tide and heavy rainfall has resulted in Cork City being issued with a flood alert to go alongside the constantly active, 365-day-a-year alert regarding predictable local and national government response.

“Residents are told to expect a flood of ‘it’s an issue for the council’ responses, with a heavy surge of TDs and other political representatives posting empty social media statuses about how this can’t keep happening while doing nothing themselves,” Cork City’s resident Been Here Before expert Colum Lee said.

Cork, known as the Venice of Ireland and in Patrick’s Street has the only street which doubles as an occasional water park, is expected to finalise plans for its divisive Lower Lee Flood Relief Scheme sometime in 3020, in the meantime it is hoped enough skyscrapers are built in the city so river-level dwelling becomes a thing of the past.

While plans to move the South Mall to the roof of the Elysian have been rejected, it is believed to be a better option than going through the same predictable floods and responses.

A promising development has seen scientists express a desire to use Cork as a ‘test case’ to see whether Irish people can evolve into amphibians over time.

“It’s too early to see the development of gills but if the flooding continues we can’t be far off,” confirmed Prof. Alan Healy.