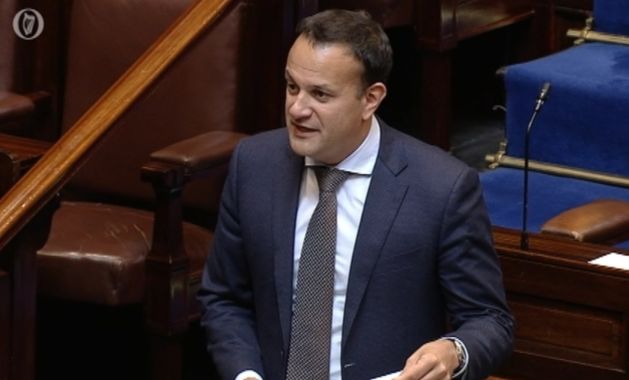 LEO Varadkar will today continue to simmer on a low-heat following accusations that he leaked government documents to the National Association Of General Practitioners, with opposition parties being granted just 10 minutes to question him.

“You can’t grill a politician in ten minutes, so the best we’re hoping for is to sear him a little bit, maybe get him medium rare at best” sighed one Sinn Féin TD, who now has to sort through his 578-page ‘shit Varadkar must answer’ folder and find the two best questions he can.

The Tánaiste, sometimes referred to as the Taoiseach, was said to be under no pressure to respond to the opposition’s relentless sautéing, preferring instead to kick back and let the government’s spin unit take care of everything.

“We don’t pay this lot 5 million quid to sit here waiting to be ‘grilled’; come on now. This is going to be more of a slow-cooker job” said Varadkar, resting on that sweet ‘not best practice’ line that some intern came up with when the story broke at the weekend.

“Honestly, I might get the political equivalent of two black lines drawn on my face to make it look like I was grilled, like they do with the chicken in Wetherspoons. But no, this will be all over by Friday, tops”.

Varadkar went on to outline his contingency plan should the leaking story fail to go away, which is to deflect onto some similar scandal faced by Sinn Féin in the North, or just make one up.