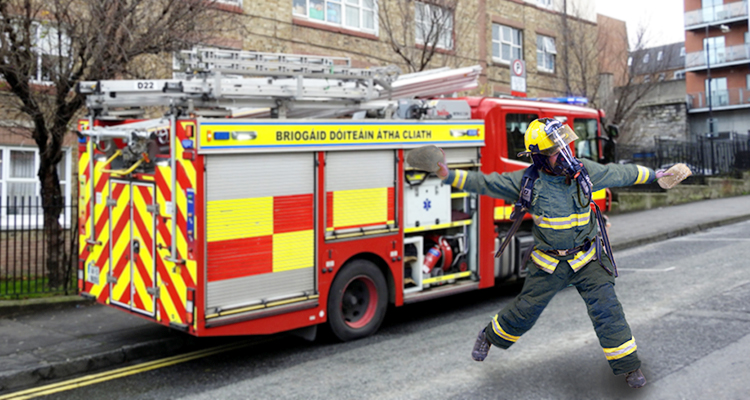 DOZENS of Dublin teenagers were hospitalised over the past few days in what authorities are calling a ‘turn up for the books’ after fed up emergency service workers exited their vehicles and began pelting rocks and sticks at youths in retaliation for decades of abuse.

“I was just walking down the road waving my trusty iron bar at passing cars, minding my own business, when I got clocked on the head by a large rock,” one 14-year-old victim told WWN, who also admitted to having 23 previous convictions, “then a bunch of ambulance men and women ran over and kicked the absolute living shite out of me and my mate Cathal, and even took his collection of rocks from him”.

Fire crew members on the West side of the city were also reported to have used fire hoses on one gang of youths, leaving them dazed and extremely wet.

“We were only saying hello to the fire engine lads by sending a firework directly into their windshield, and then they just turned on us for nothing and sprayed us with the water yoke,” one eyewitness recalled, still very clean from the attack.

Frontline workers have vowed to continue pelting youths with rocks, citing ‘fighting fire with fire’, and have called on parents of young juveniles to continue ignoring their children’s crimes and anti-social behaviour, as they found beating the little shits with rocks was actually quite therapeutic and a great way of letting off years of built up steam.