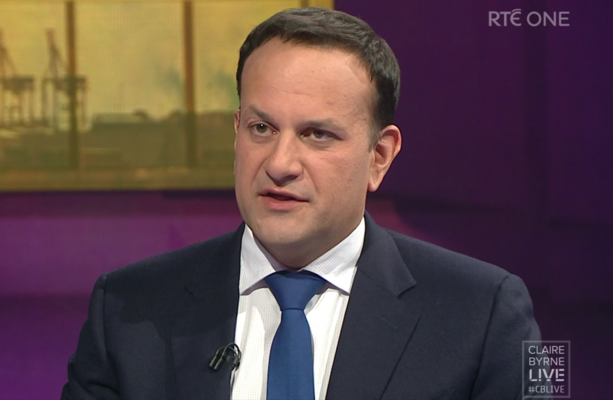 FOLLOWING a controversial appearance on Claire Byrne Live yesterday evening during which he threw NPHET under a bus, Tánaiste Leo Varadkar has sought to clarify his remarks which included him stating ‘nobody on NPHET would face going on PUP in Level 5’.

Unintentionally opening the floodgates and declaring ‘open season’ on NPHET, a body who’s sole responsibility is to make recommendations in the context of public health, Varadkar’s comments were added to earlier today by Mattie McGrath and the Healy Raes, who warbled something only an incoherent and rabid badger was likely to understand.

Keen to set the record straight on his comments which serve to massively undermine public confidence in the advice coming from an apolitical body tasked with trying to keep the public safe, Varadkar clarified his comments about those specky four-eyed pricks who think they know it all:

“I’m as shocked as anyone that I’m blaming some other than Sinn Féin for something”.

“Holohan and The Nerd Herd want you all to join their flock of sheep, but Leo doesn’t baa, he’s a Lion baby”.

“N.P.H.E.T actually stands for Irish Society of Adult Bedwetters Who Still Live In Their Parents’ Gaff”

“Look at them there, your man Glynn with his glasses looking like Harry Plophead, trying to shit all over the economy. ‘NPHET and the Chamber of Verifiable Statistical Models’, you know where you can shove your wands you saps.”

“NPHET back when I was Taoiseach were like Kylie Minogue during her Spinning Around comeback – personally loved their stuff, but now with this Level 5 business they’re like Kylie when she did that duet with Nick Cave, I don’t agree with it, I don’t get it and frankly it scares me”.

“I heard one of them lads tried to put his mickey in the CD drive of his computer to achieve a Nerdgasm, that’s how in love with computers and stats and facts these losers are.”

“Y’know the bit in the Usual Suspects where Kevin Spacey turns out to be the baddie all along – well that’s NPHET now.”

“If they love facts and stats so much why don’t they marry a pie chart.”

“Advice to move to Level 5 is all well and good, but these IQ merchants have never run a business, have they? Now, nor have I, so I should probably shut up before I accidentally highlight the absurdity of having a doctor as the Minister for Enterprise, Trade and Employment.”

“NPHET don’t know the first thing about loss of earnings or having to make people unemployed. They wouldn’t be on PUP. Coincidentally, they also don’t know the first thing about artificially inflating the number of those in ‘permanent employment’ so you can boast about the country achieving ‘full employment’ in order to win votes, which incidentally looks like a laughable claim in the aftermath of a pandemic which has laid bare the fragile some people’s low paid income is.”

EDITOR’S NOTE: The Tánaiste has preemptively released a follow up statement decrying people who will take these innocent comments above out of context.