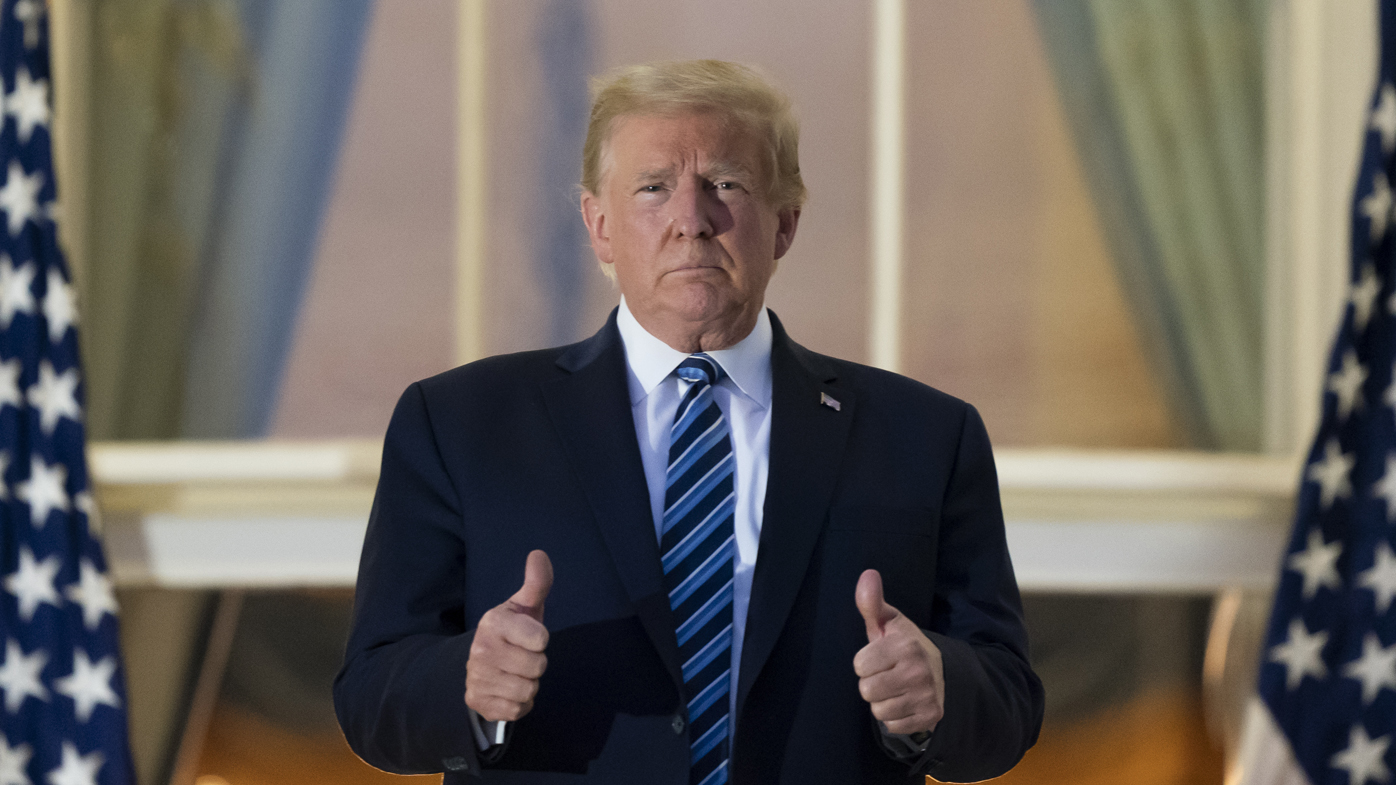 “WHERE AM I? Why brain no sense?” president Donald Trump confirmed in his first address from the Oval Office since his stunning symbiosis with Covid-19, clearly showing no adverse affects from his brave battle with the ‘it’s basically the flu’ pandemic.

Before the exceptional specimen of a man returned to his day job of ranting like a lunatic on Twitter, Trump queried how 210,000 ordinary Americans, who unlike the president have not been placed in a protective bubble with the best medical assistance in the world, could be such losers as to die from this stupid thing.

“I don’t get it, why didn’t they just get a helicopter to Walter Reed like me, and have round the clock care from arguably the best medical professionals in the world? Am I supposed to feel sorry for these 210,000 idiots?” remarked Trump, who is now classed as having a ‘pre-existing condition’ and would technically be denied health insurance coverage under his own proposals.

Eager to further downplay a disease he is still in throes of actively spreading, Trump took to Twitter to declare ‘don’t let Covid dominate your life’ which has been seen as a slight at the 210,000 dead Americans who meekly let the president’s lack of a cohesive strategy against Covid-19 kill them.

White House officials, all now successfully infected, confirmed the president would remain self-isolating at the DC residence, now dubbed the Infest Wing, 1600 Coronavirus Avenue. However, their claims were undercut by scenes of Trump hosting a door knob licking competition with 300 of his closest friends in the background.