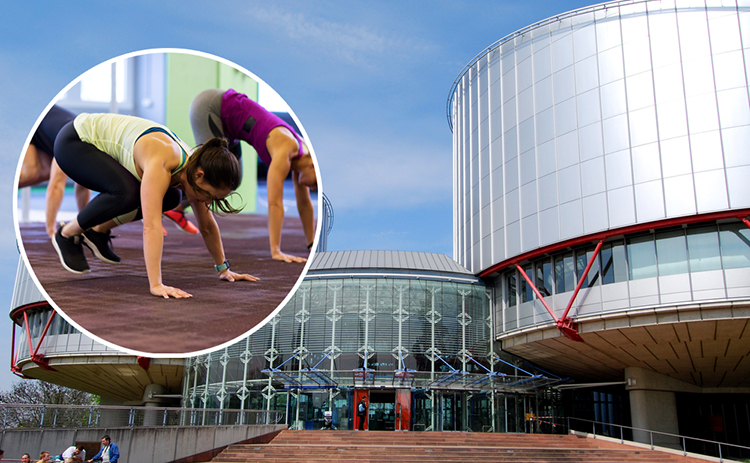 FIT people and sort-of fit people alike shared tears of joy outside the Court Of Human Rights in Strasbourg today, after a landmark ruling which outlawed the notorious ‘burpee’ exercise after decades of misery and sore arses.

The court took less than ten minutes to declare the half-squat, half-plank exercise to be a gross incursion into people’s basic rights, deeming the burpee to be a punishment too far when there’s star-jumps and sit-ups that would do the job just as well.

The sadistic nature of the burpee had made them a favourite of gym instructors worldwide, who were said to have shown ‘far too much glee’ when dropping them into the fitness routines of people who were clearly unable for such strenuous motion, with horror stories of people breaking down in tears after five of the bastards.

“When an instructor or a YouTube video said ‘okay, time to get the heart racing’, you just knew what was coming,” said one anti-burpee campaigner, who has spent countless hours in counselling to help deal them cope with burpee PTSD.

Although the new ruling bans any human being from asking another to do a burpee, individuals may still do them on their own accord if they feel their life isn’t bleak enough as it is.