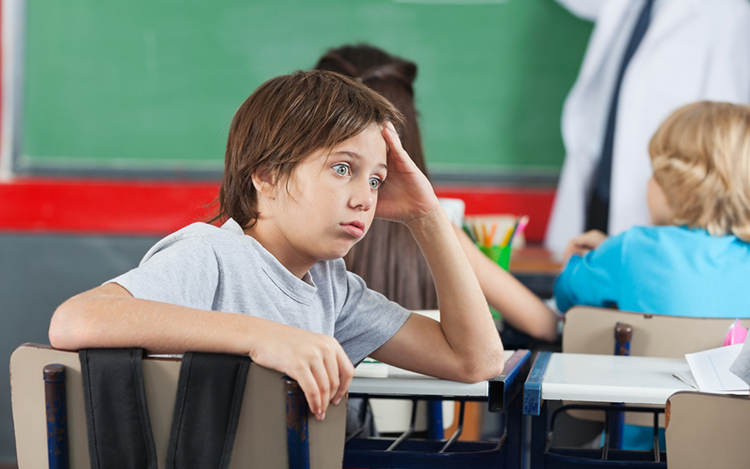 SIX months of running roughshod over their fraught parents at home appears to have lulled children into believing that life will always be this handy, according to a shell-shocked group of Waterford school kids after their first day back.

“When it got to 10 o’clock and I hadn’t been handed an ice-pop, that’s when I knew something wasn’t right,” said little Derek Harrison, who hasn’t stood up as much as he did today since March.

“I need YouTube, has anyone got YouTube on your phone, tablet or TV. I need it, please, just hook it to my veins,” bawled 9-year-old Ethan Daniels, rocking back and forth in the early stages of internet withdrawal.

“Mam! What the hell?!” exclaimed Emily Meegin, spotting her mother at the gates of her NS at pick-up time. “What’s this school shit about, I thought we were done with all of this?!”

Experts are warning of tough times ahead for the now coined ‘covid generation’, with claims that it may take years to shake off the habits of being handed an iPad while their parents are on a 4 hour Zoom call while simultaneously trying to tidy the house.

“If they made even the slightest bit of noise or disruption, they’d get to play Angry Birds all day; that’s how it’s been since March,” explained Dr. Kelly Muckridge, child psychologist. “And now they’ve just smashed into the brick wall of education as quickly as they were yanked out it in the first place.

“I wouldn’t worry about your kids getting the virus; I’d worry about them cracking up because they can’t watch some blue haired American kid play Roblox for 9 hours at a time”.

In further fallout, parents are also opting to be rehabilitated at this time, many of whom haven’t spoken to their kids in six months about anything other than being quiet.