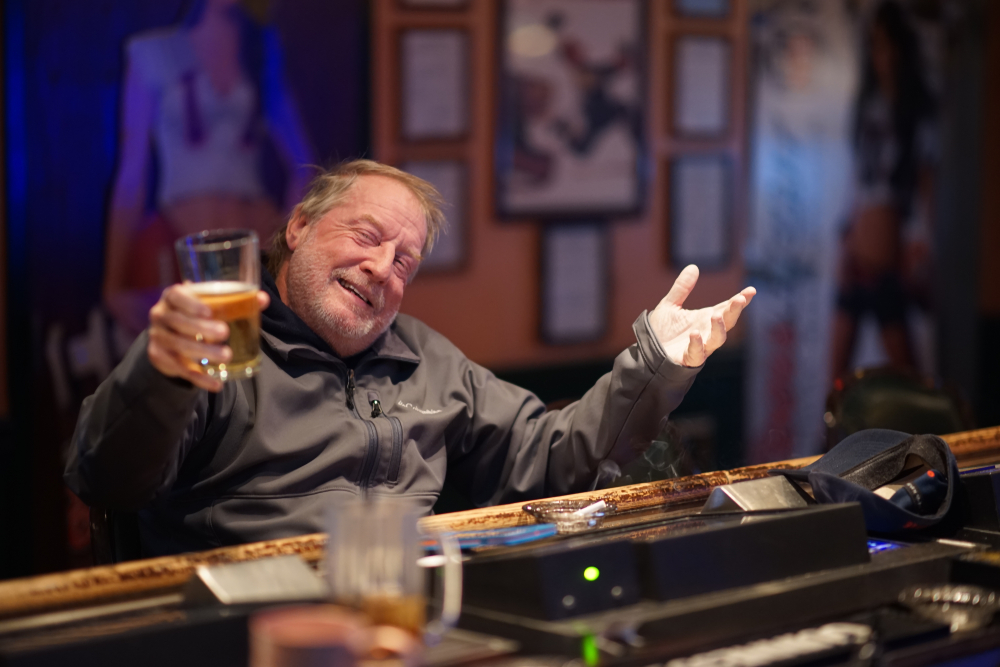 WITH publicans still getting to grips with the government’s loosey-goosey re-opening regulations, normal punters are taking it upon themselves to ensure the safety of themselves and those around them, particularly when completely ossified.

Although social distancing has become de rigueur when in shops and on public transport, it remains to be seen how effective it will be when large sums of alcohol are put into the mix. Here’s a few guidelines from our regular drinking correspondent, based on an 11pm state of inebriation following 3-4 hours of ‘fairly decent drinking’:

– You can ensure people give you a 2 metre berth in pubs by emitting regular and reprehensible farts. A good feed of Guinness or Carlsberg will naturally help this, but the drinker should make sure to not even attempt to hold anything in, or ‘just fart in the jacks’.

– If you must attempt to woo a member of the opposite sex, then this too should be done from a distance. Simply yell your feelings and intentions at them from a distance; if they’re on board, well and good, if not, then begin to yell insults. Many of you may have previous experience in this field.

– Strictly speaking “C’mere to me” should be replaced by “don’t c’mere to me”.

– If you or those around you are unsure of what 2 metres looks like, you can offer to whip out your penis to give an example of the distance. This in itself is a strange thing to do, as even whales do not have 2 metres penises and you are no whale, sir. Nevertheless, drunkenness will make this joke seem hilarious to you (and possibly one other person, maybe), regardless of how many times you tell it over the course of a night.

– Socially distanced fights are possible when drunk! Simply swing wildly at the air in front of you hitting nothing until one of you falls to the ground due to their own lack of balance. Again, some of you are well versed in this form of combat.

– Make sure to take regular air breaks now and then, to diminish the amount of time you spend in the company of possibly infected people. Simply pop off outside for ten minutes. Oh, it happened to be your round? Never mind, someone will get them in, you can get the next one.