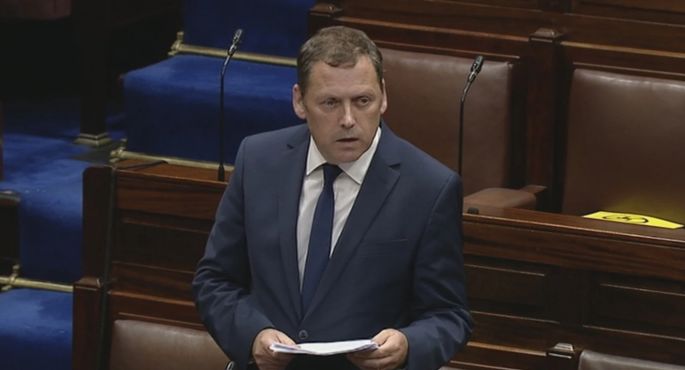 BLINKING and rubbing their eyes in disbelief as the reports reached them, the Nation is still adjusting to the news that an Irish politician has actually suffered the direct consequences of their own actions.

“No, not seeing any other examples, this is quare strange,” confirmed one Irish political historian, failing to find any incident in the past which matched the satisfactory news of Barry Cowen being sacked as Minister for Agriculture by Taoiseach Micheál Martin.

While a welcome development, it is such an uncommon feeling for the Irish public that it actually made them felt a bit nauseous.

“I guess I’m just not used to it. I’ve had shits that’ve lasted longer than he has as a minister,” added a member of the public.

Drink driving supporters in the Kerry area of Ireland are said to be outraged and devastated by the news, but luckily for Offaly TD Cowen a quirk of Irish politics means being sacked in disgrace now all but guarantees him permanent reelections to the Dáil.

“Wait, when a Cowen gets drunk we just laugh it off and promote him up the ranks, no?” a confused Fianna Fáil insider confessed.

“The last time someone felt consequences like this was when our lot shot Collins, only this is worse for Barry because, Jesus, have you seen the perks ministers get these days? All gone now. It’s a tragedy,” confirmed the insider.

Elsewhere, Sinn Féin have proudly taken their unfair share of the credit for applying the pressure which saw Cowen sacked but confessed they hoped this incident wouldn’t usher in a new era of genuine no-nonsense accountability for elected officials “because if that’s the case everyone is screwed”.