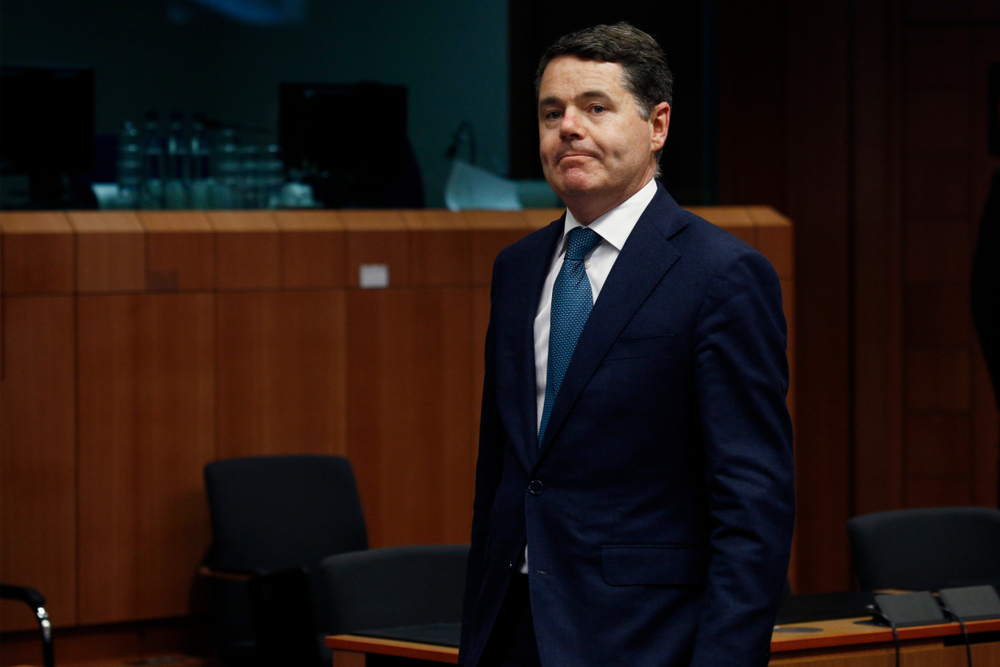 OUTGOING FINANCE minister Paschal Donohoe licked his finger and raised it in the sky to appraise the direction of the oncoming wind, his eyes sharpening he confirmed to himself “yup, this mother is about to burn the fuck down”.

Unprecedented remarks from the normally mild mannered Dublin TD but these are unprecedented times and Donohoe can hear the mood music as good as any appraiser of the prevailing economic conditions.

“You think I’m sticking around while we put John Delaney back in charge of the FAI, sorry, I mean Fianna Fáil in charge of the economy? Fuck that noise,” Donohoe added, while hurriedly packing his bag now that his CV application for head of the Eurogroup has been fired off.

Donohoe may not have caused the global pandemic which has sparked economic chaos but he certainly does have the sweaty and panicked demeanour of a man caught eating bat soup in a Wuhan wet market.

“This country, financially speaking, is effectively now being driven by a lad with 12 pints on him, after he removed the brakes and the seatbelt, and you think I’m going jump in the passenger’s seat and give directions?” Donohoe argued, who would have been all for a dash of austerity here and there but looks set to refuse to oversea a Chernobyl meltdown version of cuts and increased taxes.

“I love keeping stealth taxes in place as much as the next guy, but it’s Europe bound for me,” Donohoe confirmed, hopeful the Eurogroup isn’t too hung up on Ministers for Finance overseeing the tax-havenification of a country.

“G’luck,” Donohoe concluded before hailing a taxi to the airport.