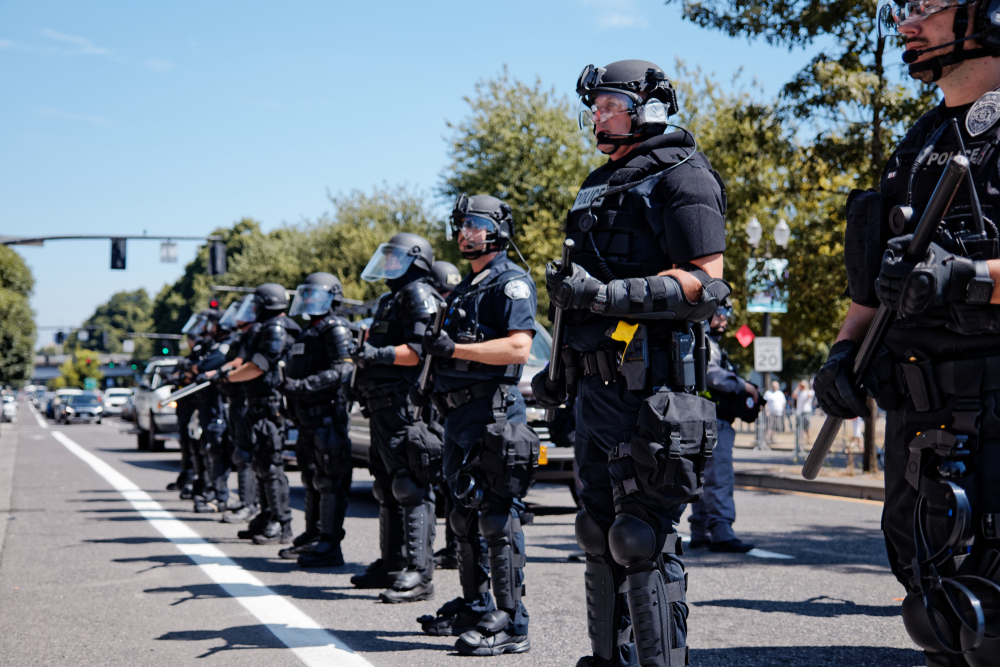 COMPETING police reform bills are being put forward by the Republican and Democrat parties, with an emphasis on reshaping how policing is thought of in America.

Trawling through the bills WWN has gathered some of the stand out reforms proposed which should instantaneously solves all policing issues and systemic racism present in American institutions:

The requirement to undergo 40 hours of racial insensitivity training is to be removed under new proposals.

Chokeholds will be renamed ‘police hugs’.

Pepper spray use to be used only in the most extreme cases; no longer permitted to be used on newborn babies.

In an attempt to find an effective way of getting police to see civilians as something other than target practice, the ‘no donuts if you murder innocent civilians’ provision is seen as the biggest step forward in police reform in decades.

“You’re basically forcing us into a hunger strike” remarked one anti-reform police captain.

Under the proposed laws, police officers will be told during training that it would be ‘super cool’ if they didn’t join the KKK or any other far right extremist groups.

Police training facilities will be ordered to remove all apple orchards responsible for repeatedly churning out bad apples over last 50 years.

Those struggling with the new emphasis on deescalation versus violence will be trained in how to beat up white people and not just minorities.

Mandatory deployment of Swat team and rocket launchers at routine stop of innocent black teenagers no longer in use.

Lawmakers reserve the right to include enough loopholes in the reforms so that no police force has to adhere to any new measures if they don’t feel like it.

Incidents where 10 police body cameras conveniently switched off by themselves as a member of the public is killed will now be required to be investigated before receiving an official shrug of the shoulders.

Officers willing to speak up about inappropriate use of force/murder by colleagues will be required to watch the movie Serpico before officially filling a complaint.

The practice of automatically giving promotions to officers who murder on duty will be abolished. Replaced with a more rigorous process comprised of asking the officer ‘do you think you deserve a pay rise?’

Under reforms officers with more than 150 official complaints now run the risk of being moved to another police force with better pay and working conditions.

Going forward police can only be used directly by President or Attorney General as pseudo-fascist army to tear gas peaceful protesters on their days off.