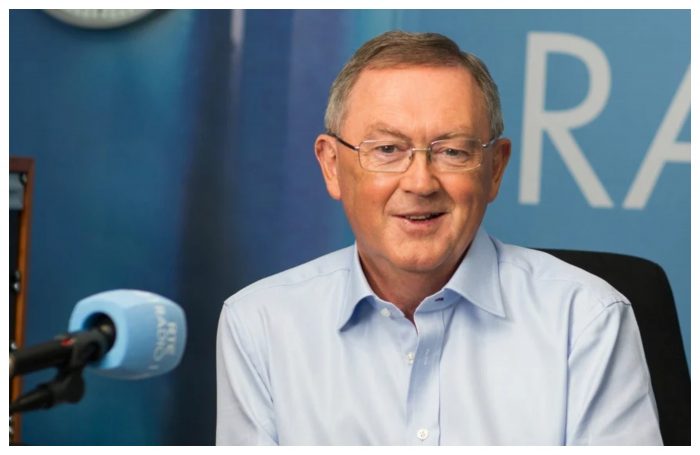 RTÉ have made the decision to sell off as much lands as possible and hike the license fee as high as it will go in a bid to hang onto their remaining talent, after retiring staff member Sean O’Rourke was eagerly snapped up by MTV following his decision to step down from his mid-morning radio show.

It’s believed that O’Rourke’s €309,000 salary wasn’t enough to keep him in Donnybrook for a moment longer, and the savvy execs at MTV swooped in with an offer of €310,000 to entice the 65-year-old powerhouse to their network, where it’s believed he will host a TikTok dance compilation/celebrity dating show hybrid called ‘Dance 4 Dis Dick with Sean O’Rourke’.

With fears now growing that RTÉ lynchpins Ryan Tubridy and Ray D’Arcy could be about to leave their respective salaries of €495,000 and €450,000 in favour of greener fields, RTÉ head honcho Dee Forbes is rumoured to be preparing to ‘sell the good china’ in a bid to stop the exodus getting any worse.

“We’re in a world of fast-paced user-generated content that just screams for youthful talent like what we have at RTÉ” said a spokesperson for the station.

“Sean’s defection to MTV just shows that there’s channels in the world that are screaming for pushing-on Irish presenters like Joe Duffy, Ryan, Miriam, Dobson… our whole roster could be raided, and what can we do about it? Nothing, except throw money at them and hope they don’t fancy the hassle of moving to Miami. We’re facing into a future without Brendan O’Connor on the airwaves folks. That’s how bleak things are right now”.

Meanwhile, Sean O’Rourke has begun preparation for his new MTV show by undergoing a full-body wax and what is being described as ‘an intimate piercing’.