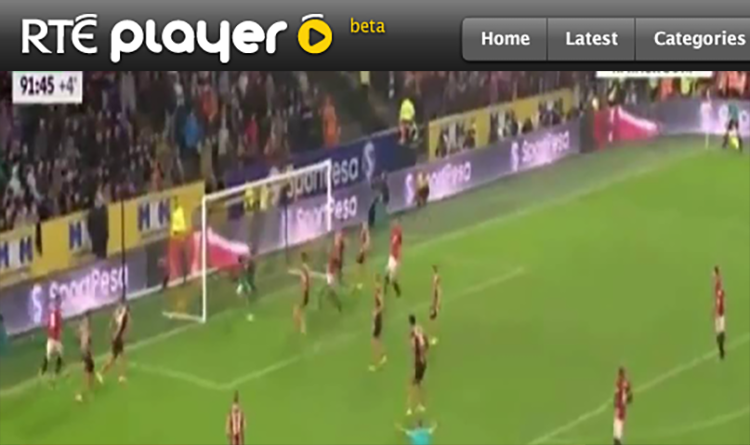 THERE was great news for sports fans in Ireland this morning, after RTÉ announced the return of Premier League football to terrestrial TV in the New Year, thanks to ‘a lad they know’.

The under-fire state broadcaster has faced criticism due to its catastrophic financial position, with an aide to director general Dee Forbes admitting that the broadcaster was struggling to work out how they would manage to survive solely on licence payers money, advertising revenue, additional state funding and the sale of assets.

All that was brushed aside in a press conference today when RTÉ backed up its claim that it was ‘better value than Netflix’ with a new suite of programming, courtesy of a few technological work-arounds that the public had to promise not to talk about.

“Listen, we’re just going to hook a dodgybox up to the tower in Montrose and stream sports and movies off that, and as long as you all keep schtum, we’ll be grand” said a direct descendant of St. Bridget, patron saint of RTÉ.

“So you can cancel your Sky, your Netflix, your Amazon Prime, your own existing dodgybox; we’ve got you covered. All we ask is that you pay your fucking licence fee. How else are we expected to pay Tubridy and D’Arcy and the lads half a million each a year? If we drop a penny in their wages, they’ll be straight over to the UK where we hear they’re in high demand thanks to their charisma and mass-appeal. So help us out, and we’ll keep the Premier League coming. We’ll even throw in the odd blue movie, if the wind is right”.

RTÉ have also pledged to do away with their Player, as ‘there’s no saving that fucking thing’.