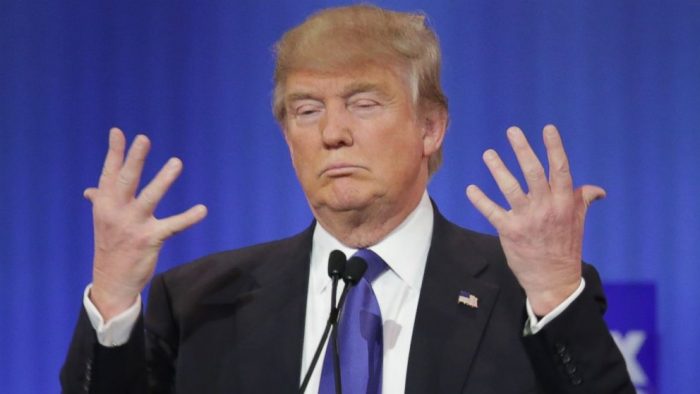 REPUBLICANS have resorted to their last hope in spinelessly defending President Donald Trump against the consequences of his actions; stating he is so mentally deranged it would be unfair to force him through the impeachment process.

“Look at him, it’s cruel to impose that on such a delicate mind,” offered Republican Devin Nunes to media as he played a video of what was clearly footage of ‘Making A Murderer’ subject Brendan Dassey being interrogated by police just with Trump’s head photoshopped onto him.

Republicans are reporting Trump is so detached from reality he believes he is well respected and has a loving wife, and coupled with the fact he thinks sharing a video of himself depicted as evil comic book villain Thanos, who murders 3.5 billion people is a positive comparison to make may play well with those tasked with assessing his fitness for an impeachment trial.

Republicans will also hope the fact Trump has the diet, IQ and social skills of a 9-year-old will be taken in account.

“Donald isn’t like you or I,” Senate leader Mitch McConnell pleaded, “he’s so confused and disorientated by this attempt to hold him to account he’s tried to enlist for the Vietnam War to avoid this and is demanding an interview with David Frost so he can set the record straight.”

Dishonestly pretending to act like a ‘monosyllabic brute’ suffering ‘psychotic episodes’ which showcases a defendant’s ‘diminished critical reasoning’ can see legal proceedings descend into undignified and tawdry affairs, however, it is not believed the Trump will have to perform in order to convince people he’s incapable of being impeached for committing high crimes and misdemeanors.