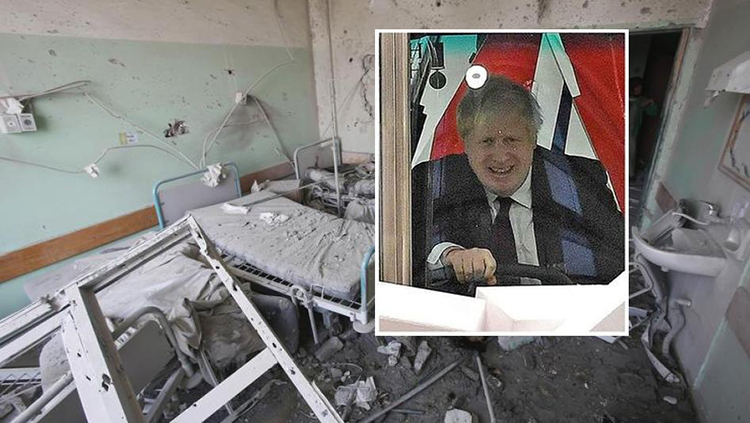 THE Conservative Party have maintained a healthy lead in the polls ahead of tomorrow’s general election, despite a misfiring PR stunt that saw British PM Boris Johnson slam into a children’s hospital with a specially decorated JCB digger.

The stunt was supposed to be a reprisal of yesterday’s ‘Get Brexit Done’ exhibition piece, but with a ‘Smash NHS Waiting Times’ angle, which went sorely wrong when ‘driving a JCB’ was added to the already-long list of things that Johnson doesn’t seem to be any good at.

The catastrophe was quickly managed by the Tory’s excellent PR team, and quickly became a story about how Boris had already begun construction on the first of 40 new hospitals, giving the PM another boost in approval from the British public.

“If anything, the JCB was at fault, and you know what JCB stands for; Jeremy Corbyn” stated Johnson, speaking from underneath the rubble.

“This smashed-up hospital is exactly the kind of thing that you can expect under a Labour Government, so get out there tomorrow and vote Conservative. Which I know you’re already going to do; you love us. And what’s not to love? Did you see our ‘Brexit, Actually’ video? We’re adorable. I had a blast making that, unfortunately it ate into my ‘doing real interviews’ time. But hey, what’s left to say? We’re your guys!”.

Johnson’s PR team confirmed that no children were harmed when the hospital fell, and any pictures you see online of injured kids are probably staged by those sneaky fucking Corbynites.