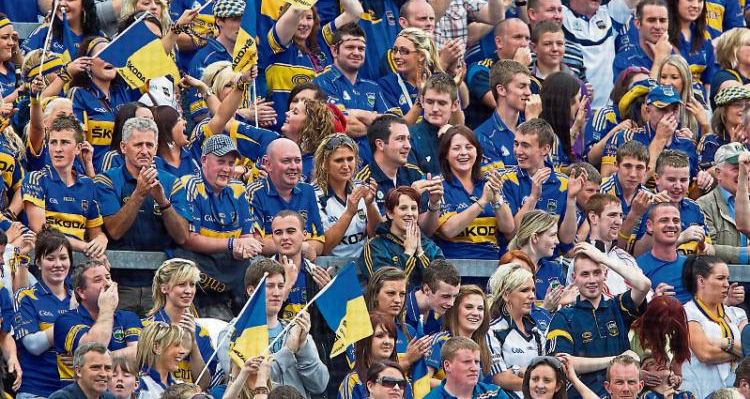 TIPPERARY won their 28th All Ireland hurling final yesterday afternoon seeing fans once again resorting to their default factory setting ‘insufferable bore’, but just how does the rest of the country cope with their endless boasting? Read below.

With random public chants of ‘C’mon Tipp’ currently at peak levels it is vitally important not to show your disdain to the offending fan, instead we suggest politely nodding in their general direction while imagining all the other team sports county Tipperary are good at – nothing. Failing this, perforate your eardrums by clapping both cupped hands against your ears. Keep doing this until they bleed and you can hear a nice loud comforting buzz. Ahhh, that’s better.

Relish in the fact that winning an all Ireland hurling final is basically like winning a 3 horse race between Kilkenny, Cork or Tipperary, with the occasional Limerick or Galway horse straying onto the track to steal the trophy now and again, but thank your lucky blessings you’re not the Waterford horse, who annually falls, breaks its leg, and has to be put down publicly without a curtain.

Prepare to see the distinctive blue and gold Tipperary jersey’s just about everywhere for the next 12 months; the train, random seaside resorts, ISIS fighters in Iraq. Practice lines like “you were lucky with that red card”, or “ye’ll hardly make the double next year”, and various other tame windups like that to bring the Tipp fan down a peg or ten.

Internally scoff at how stretched the jersey’s are from their overweight fan base of carvery munching culchies. Fabricate the fact that they’re all related in your own head to make you feel somewhat superior. Think about how awful their jersey’s look on their promidentally ginger haired fan base. Don’t be afraid to stoop low and dirty if needed; call out Tipperary’s underlying heroin problem, shite roads and rural crime rates. Laugh at their derelict towns and villages forgotten about by the Irish government.

Bring Tipps high 34% unemployment rate into conversation if you can, saying things like “the only good jobs are given to GAA players”. Remind them about how they continue to vote in Michael Lowry at every election. Mime the words ‘you’ll never be as good as Kilkenny’ for good measure – just let it all flow. They deserve it, the gloating pricks.