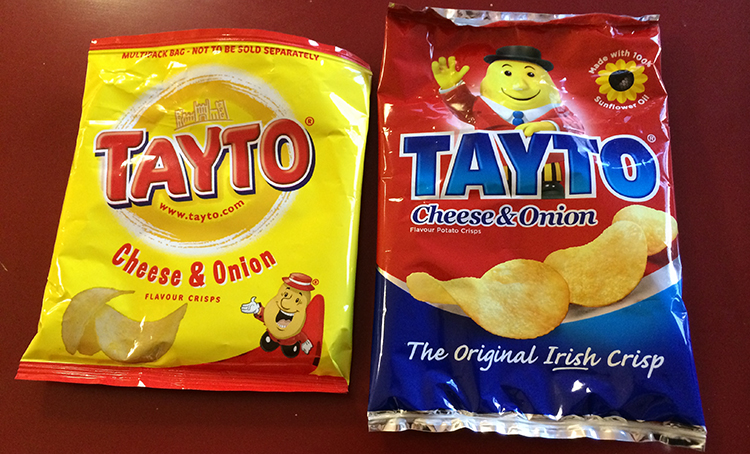 DETAILS contained in a leaked dossier dubbed ‘Operation Yellowhammer’ have outlined stark warnings for the island of Ireland in the event of a No-Deal Brexit, including the return of a hard border, increased energy costs in Northern Ireland, and a plunge in supplies of Nordie Tayto in the Republic.

Nordie Tayto, known in Northern Ireland as Tayto, has become a delicacy among crisp connoisseurs in the south in recent years, with pretty much everyone agreeing that the yellow-bagged version is way better than the Republic Of Ireland Tayto, also know as ‘Free Stayto’.

Although the NI crisp is readily available in many shops in the Republic, lovers of Nordie Tayto have been advised to stockpile the product following the leak of Operation Yellowhammer, and the growing belief that the UK’s ‘worst case scenario’ for Brexit is about to become their ‘most likely scenario’, very shortly.

“Once the hard border goes up, supplies of crisps between the two states will be placed on a ‘low priority’ list, meaning they are very likely to dwindle, if not disappear altogether,” said a spokesperson for Tayto NI, speaking live from a massive potato.

“If you have access to our delicious Tayto in the south, you have until Halloween to stock up. After that, we’re not confident that supply chains will stay open, and you’ll have to make do with that Red & Blue pack shit that you have down there.

“Not only does that mean a lesser quality Cheese & Onion crisp, it means you won’t have any of our other exclusive Nordie flavours, like Pickled Onion or Worcester Sauce. You could petition Tayto ROI to make Worcester Sauce crisps if you like, but I think there’s an article in the constitution forbidding that”.

Neither of the Mr. Tayto’s, Ivan or Prionsious, were available for comment.