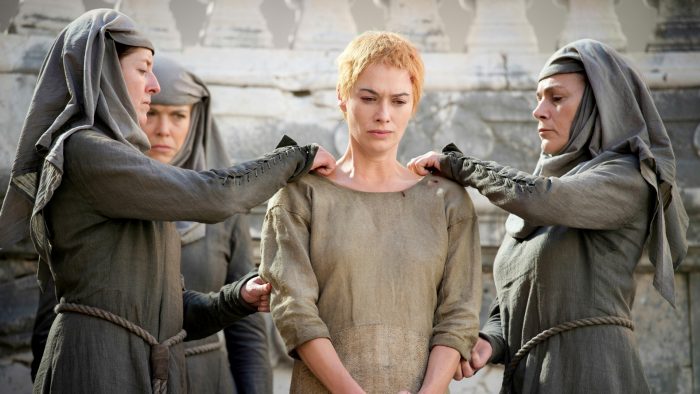 THE FINAL season is almost upon us! WWN, like any other online media outlet that has its head screwed on, is committed to shoving 50 Game of Thrones-related articles per hour down your throats because you can’t get enough of this shit and we need the clicks.

This time we’re doing a rundown of the 5 most controversial moments in the series so far, and boy has they’re been a fuck tonne of those, at least according to the articles from direct rivals we’re basically copying and pasting verbatim because that’s how little we respect you, our dear readers.

5) Clearly not incest, you sick fucks

Nope, this isn’t controversial at all with you sickos apparently. Brother and sister action is fine by you guys. Jon and Khaleesi need to get their fuck on? Yeah, turns out you were actively rooting for it you deranged, gaping moral-less voids. In fact, it turned you, didn’t it? Admit it, you Freudian trash heap!

Nah, this wasn’t controversial either, it turns out. You sort of got off on the crunch sound of that skull imploding. Seek some professional help.

Joffrey orders the beheading of main character Ned Stark in the penultimate episode of series one and it sets the tone for Game of Thrones’ ‘anyone could be next’ story telling.

But even more shocking and controversial, in the very same episode Joffrey revealed what a truly vile and evil ruler he was when he also canceled the vital horse drawn carriage service from Winterfell to Westeros which elderly people depended on to transport themselves from rural areas to their local GP. What a cunt.

2) Tyrion demands he and Bronn split the bill for prostitutes

The use of women as objects to be traded and used is a joyous element of Game of Thrones rightly celebrated, but Tyrion, independently wealthy, insisting commoner Bronn pays half of the bill for prostitutes divided fans.

“I mean, dude, don’t make it awkward. Like, you can afford to pay for all 6 of those women, so just do it,” confirmed one fan on Twitter when the episode originally aired. The incident sparked serious controversy and debate around mates being stingy even when they’re clearly loaded.

It was the moment we had all been waiting for. When the age of dragons returned to the seven kingdoms. Khaleesi emerged from the flames and the iconic and enduring image that was set to be etched in our minds forever was born.

But it is easily the most controversial. Why? Everyone remembers the HBO cue card which appeared and interrupted the unveiling of the dragons as Khaleesi emerged. Pressed for time and without the huge budget of later seasons, the Game of Thrones creators were forced to insert the following message:

“Really sorry guys, but we don’t have the budget for big fuck off impressive dragons right now. Sucks I know, right? But if you could be patient with us and for the next scene just imagine big sinister dragons, that cool? Thanks guys. We promise our special effects guys will have them finished in time for the next season. Thanks for your patience”.

What a thrill ride it has been.