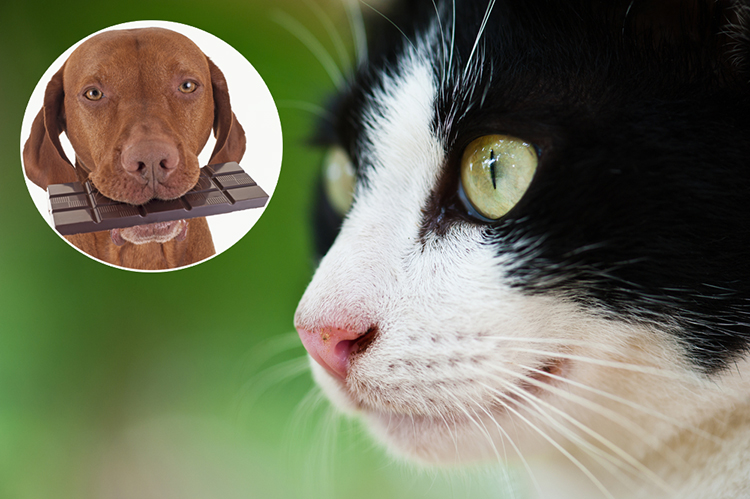 DOGS worldwide are today tucking into delicious chocolate treats for the very first time, after the long-held belief that it would make them sick was revealed to be an elaborate prank propagated by sneaky bastard cats.

“You mean to tell me I could have been eating this my whole life?” asked one King Charles Spaniel, tucking into a Snickers.

“My owner has been telling me ‘no boy, it’ll make you puke’ since I was a pup over twelve years ago, based on a Wikipedia article that he read which turned out to have been written by a fucking cat. Well, I’ll make up for lost time now”.

The revelation that dogs could in fact eat as much chocolate as they liked came earlier toady, when an article posted in the New York Times revealed the scale of the worldwide conspiracy to keep dogs from enjoying smooth milk chocolate as part of a varied diet.

“Since the publication of the article, we’ve been eating chocolate to our heart’s content” said good boy Rover, spokesperson for Dogs Global.

“Finally the day has come where we can show our masters that chocolate won’t disrupt our digestive systems and make us heave up everywhere; all we have to do is show them this article written by Keira Itty. Wait a second… Keira Itty… K. Itty…. written by a kitty?! Lads! Put the chocolate down, they’ve done it again!”.

UPDATE: A spokespussy was unavailable for comment, due to every cat in the world laughing themselves silly at all dogs puking in unison.