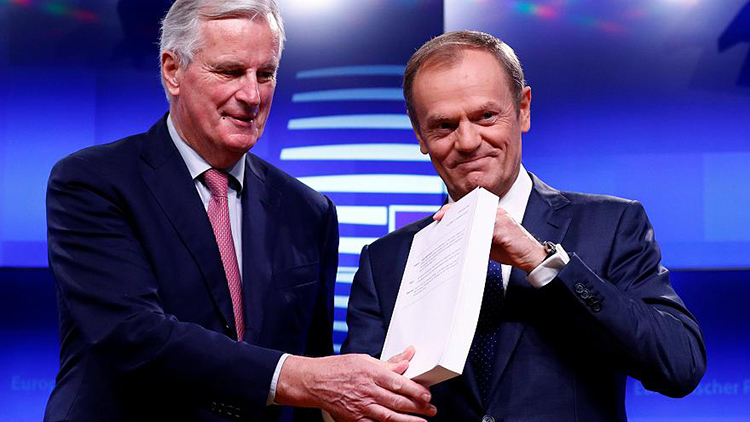 EMERGENCY actions are being put into place to ensure the safety of Scotland and Northern Ireland by adopting them into the EU following the increasingly erratic and potentially dangerous actions by members of their Great British family.

Whereas Wales and England, the older siblings of Scotland And Northern Ireland, both voted to leave the EU and are perfectly happy to do so, the EU is making moves to rescue the ‘poor weans’ in the UK who voted to remain.

With England and Wales violently lurching towards a catastrophic no-deal exit, the EU has ‘made up a bed’ for the Scots and the Nordies and are hoping that in time they will come to think of their new continental brothers and sisters as ‘a real family’.

“We’re expecting some friction when Scotland has to share a room with Germany, but as the years roll on we hope they’ll bond over their mutual love for weird sausages and hating the English,” said Michel Barnier, taking Scotland and NI into care.

“We did everything we could to keep the UK together as a family, but sometimes you just have to make hard decisions in the interest of the kids. It’s disruptive now, but if we left things the way they were then you’d have two whole countries who want to be part of the EU, being victimised and bullied and, well… who knows what might have happened – it’s better this way.

“The UK can have some visitation down the line, if they’ve proved they can be trusted and they haven’t died from their own self-destructive behaviour”.

The Republic Of Ireland had applied for legal guardianship of Northern Ireland, but Mr. Barnier stated that he wasn’t sure they were ‘ready for that level of responsibility just yet’.