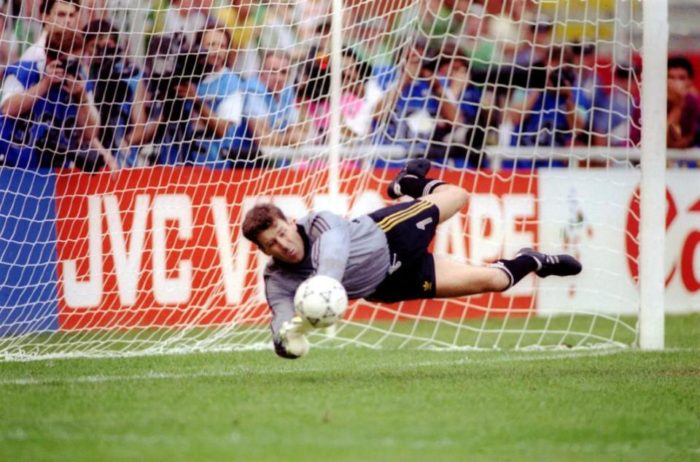 RTÉ VIEWERS will be given the chance to marvel at Ireland’s legendary quarter final starring turn at Italia 90, in what many unbiased Irish fans call the greatest of all World Cups, and the re-run will extend to all aspects of Irish life with Crazy Prices, the Punt, old Tayto packets and a Fianna Fáil government to reappear as well.

In a bid to soften the blow of Ireland not qualifying for the 2018 World Cup in Russia, RTÉ have taken the unprecedented step of binning their exclusive and costly World Cup coverage in favour of just showing Italia 90 on repeat.

Packie’s penalty heroics, O’Leary’s game-winning peno strike, RTÉ are allowing everyone the chance to forget Ireland are not in this year’s World Cup and the broadcaster will give the public an option to choose a special version of the Italy game which cuts off and goes to the old ‘technical difficulties’ page just as Toto Schillaci bares down on goal.

“We know some audiences might want to see Messi, Salah, Ronaldo and the rest battle it out, but we’re going to show Ireland v Romania maybe 10 or 12 times while the 2018 tournament is going on instead,” explained one RTÉ spokesperson who surprisingly has received no emails or letters of complaints. In fact, so welcomed is the decision RTÉ received its first ever letter of praise from the public.

In a bid to further cast memories back to happier times when Ireland could qualify for World Cups, World Cup anthem ‘Put ‘Em Under Pressure’ will be placed back on top of the pop charts and played routinely in nightclubs around the 1am mark. This Italia 90 repeat will culminate in an open top bus parade down O’Connell St with some sound employers giving their employees the day off to recover from the celebrations.