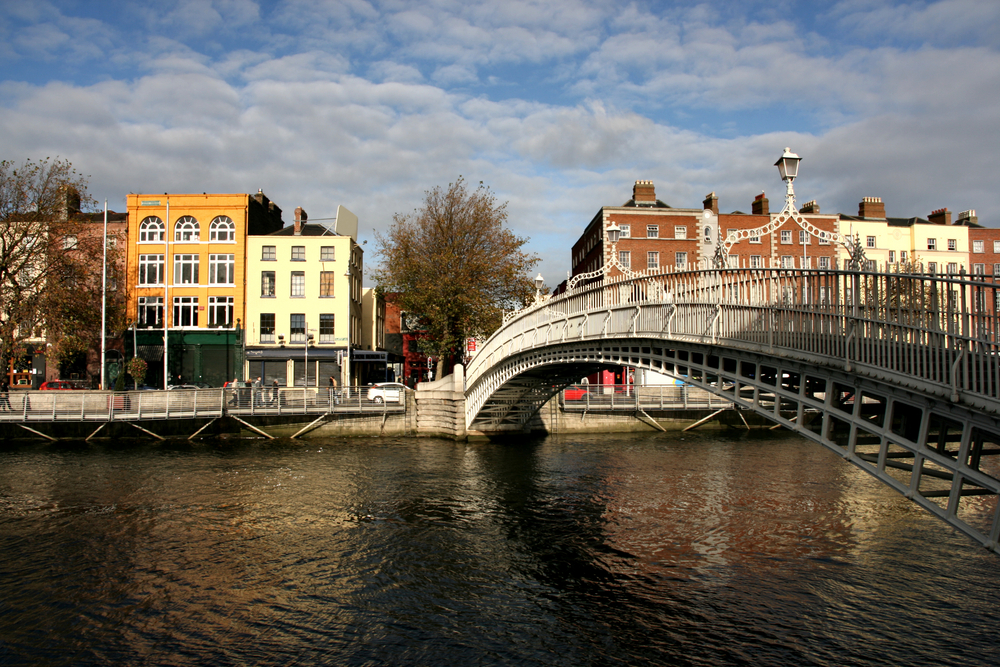 “ANY spare change?” asked a quiet voice, as we hastily made our way across Dublin’s Ha’penny Bridge, our collar up to keep out the driving wind that swept up the Liffey, our minds absently dancing to thoughts of our next meeting. To our shame, we kept walking.

But twenty yards further, a creeping feeling of recognition began to seep into our thoughts; that voice… we recognise it. We turned and looked back at the huddled figure, a tattered and dirty green sleeping bag pulled up under their arms, the hood of their jacket pulled down low over their eyes, an outstretched arm holding a crumpled Insomnia coffee cup being the only thing that separated this person from a bundle of old clothes.

But under it all, we could tell who it was.

Thinner, grimier, clearly the product of a few hard years on the street, but RTÉ nonetheless, the once-proud TV network that the entire country had grown up with, now fallen on desperately hard times.

We wanted to approach, but we hesitated. Would they feel embarrassed if we said we recognised them? Would it be better to just walk on? Probably, but we had to know. We had to know what had happened to them.

We approached them, and broke the ice by adding a five euro note to the small amount of change already in their cup. ‘Listen’, we said. ‘We’re sorry to bother you, but weren’t you once the national broadcaster?’

They said they were, and we sat with them and heard their story, a simple one, and one that is all too common in our country. RTÉ once had it all, and then it all came crumbling down, year after year, debts piled up. Bad business decision after bad business decision lead to a shortfall in cash, and an increasing dependence on Tubridy’s and Miriam’s only worsened their problem. A €500,000 a year Ryan Tubridy habit will cut the feet from under you, they told us.

As their situation became dire, they began to sell off their land in a desperate bid to keep a roof over their heads. They applied to the government for aid, a newly revamped licensing system that would see a new broadcasting charge introduced so they could get revenue from people who didn’t own TVs, but accessed content via their computers and tablets.

They poignantly wrapped up their story with that old adage; ‘I never thought it would happen to me’.

We shook their hand and thanked them for their story, and for all their years of sort of alright programming.

As we left, they held their cup back out for passers-by.

“Any spare change for a working player?” they implored.