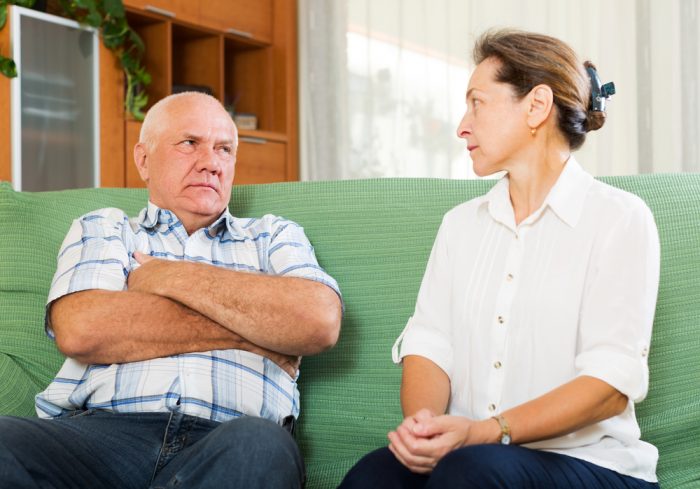 WITH thousands of people still undecided as to how to vote in the upcoming abortion referendum, canvassers for the pro-choice side have implored people to talk to their mothers, fathers, aunts, uncles… any of the older generation who may be inclined to vote no through some perceived obligation to the Catholic Church and the status quo.

With abortion being a very touchy subject in a land where sex is a four-letter word, you may find that this is your first time speaking candidly to an elderly relative about some very sensitive topics such as rape, incest, periods, contraceptive pills, burst condoms, not pulling out quickly enough, a vagina full of semen, gestation timelines, foetuses, rape, Tuam babies, casual sex, Magdalene laundries, and big wet mickeys. Here’s how to crack that conversation and swing those undecided votes into yeses!

1) Sit them down, approach the subject gently

Many of us don’t live with our parents anymore, and if this is the case you may find you only visit sporadically, if at all. On one of your rare visits, when you find the conversation about ‘how you’re getting on’ and ‘how the drive was’, drop the referendum into the conversation. A simple ‘So, what way are youse thinking about voting?’ should do the trick. Now, you should pray like you’ve never prayed before that they say they’re voting yes, otherwise you have to move onto the following:

2) Try not to mention sex

By this stage, everyone’s face should be a contorted mask of sheer horror, but press ahead. This is a fight that you have to win, if you want the yes vote to pass. What, are you expecting yes canvassers and propaganda to swing your elderly, God fearing parents? Look at your Dad; he’s never said the word period in his life, so a black jumper with repeal written on it isn’t going to move him in the slightest. It’s up to you to get the job done. You have to say it. ‘But what if it was some young one who got raped like?’… once again, you should pray that they agree this is a bad thing, or you may find yourself explaining the issue of consent, which might bring up the recent Ulster rugby trial, and if it’s one thing you don’t want, it’s your Mam asking you what a spit-roast is.

3) You’ve either won or lost by now

Well, you tried. It was shocking awkward and your Mam just cut it off halfway through by declaring the kettle was boiled, even though it wasn’t plugged in at the time. But hey, at least you had the easy job. There’s people on the pro-life side who have to convince their yes-leaning parents that incest is a good thing.