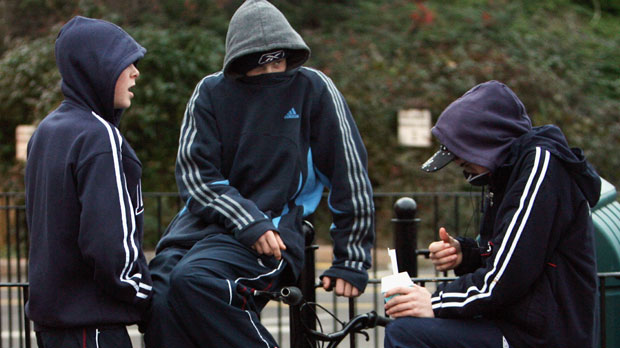 IN RESPONSE to a greater community awareness and increasing cooperation among neighbours to tackle burglaries and theft, a group of downtrodden and frustrated scumbags resolved to share their expertise and resources after they realised they would be able to commit more crimes if they committed them together.

This is one heartwarming story you’re going to want to read!

“Ah, you’d be amazed the shit you can steal when you have someone to keep sketch for you!” Anto Falley, one enterprising scumbag shared with WWN, while he and several members of his local SCUM (Scumbag Cooperation Unit, Mulhuddart) rummaged through the contents of a stolen bag.

Scum Cooperation Units are now operational in various areas of Dublin and its surrounding commuter belt, including Malahide, Maynooth, Milltown and Marino with plans to expand nationwide, with participants ranging in age from 0-90.

“There’s fuckin’ nothing worse then going to rob a gaff and then finding someone else robbed it earlier that morning. The SCUs we have up and running have reduced these mix ups and inconveniences by something like 70%, the criminals that rob together, shares the spoils together,” Falley added, outlining the ethos which has brought several young men together even if they have their differences.

While some of the scumbags prefer to steal electronics and cars, others target cash only thefts, however, despite this the SCUs are prospering.

“It’s not just the support you get when you’re out together stealing, there’s the emotional support the lads give you too on days when you do be feeling like you might not get to punch the head off a pensioner and steal their purse, ya know?” Darto Keegan, another SCUM member shared with WWN.

Sharing the responsibility for keeping sketch, smashing in windows, setting cars on fire and assaulting victims has seen the productivity of these scumbags increase by as much as 62% in recent months.

“Ah, I don’t know myself now since I joined the SCU, it’s really helped me turn my robbery rate around,” Keegan explained, now placing his feet up on a table he didn’t steal while watching a TV he did steal.

We certainly feel filled with inspiration after listening to the stories shared by these men who clearly have plenty of get up and go.