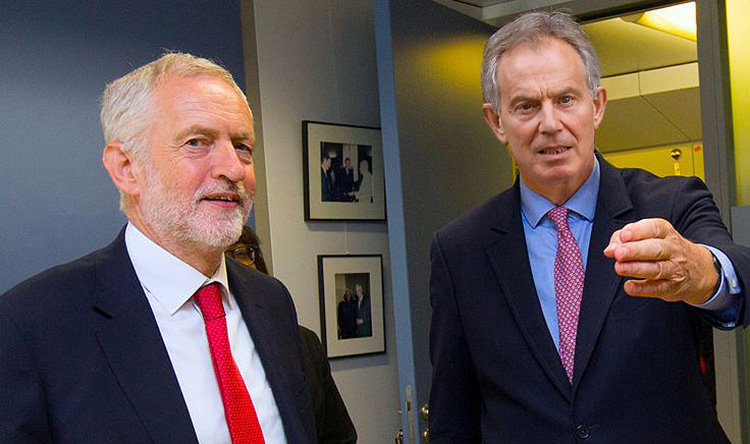 DAMNING photos which show Labour party leader Jeremy Corbyn talking to a notorious international terrorist have been found online, reinforcing calls in Westminster for the traitor to step down.

The photos, which span over the last 20 years, show Corbyn discussing matters of state with former Prime Minister Tony Blair, whose decision to commit British troops to a war in Iraq in 2003 based on false information has catapulted him to the top of the international terrorist list.

Blair, who many believe acted in full knowledge that the intelligence surrounding Iraq’s weapons of mass destruction was falsified, is held responsible for the deaths of thousands of soldiers and innocent civilians, with a recent attempt to privately prosecute him for his actions being narrowly defeated in the UK high court.

As such, his appearance in photos with Jeremy Corbyn has led to further calls for the Labour leader to stand down on the grounds of treason.

“This is the kind of people Corbyn associates with,” scoffed reigning Prime Minister Theresa May, now holding up a picture of the two men together with Mr. Blair circled in red marker with the word ‘terrorist’ beside it, “we previously told you that he fraternised with terrorists, and here’s the proof; chatting away to Blair, probably about top secret matters of state and giving away vital information that could jeopardise our flawless country”.

Blair, currently living in Brazil where he can’t be extradited for war crimes, was unavailable for comment, but did send a media pack outlining his costs for corporate speeches and talks, ranging anywhere from £100k an hour to £1mn.