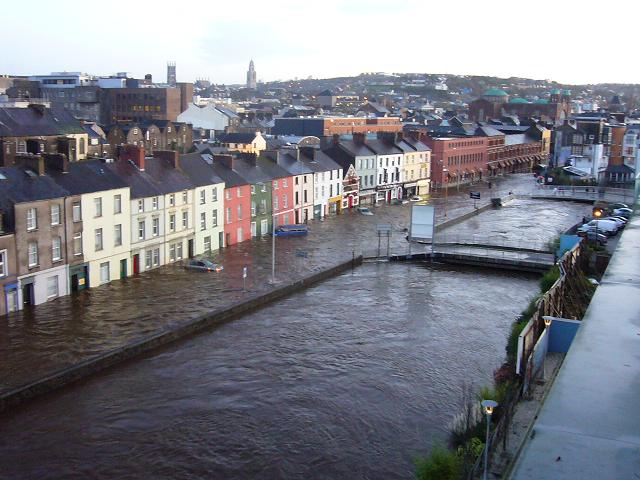 Cork’s local business community has sought reassurances from the Government in light of what they see as a yet another slow response to the recent flooding and bad weather that has hit the People’s Republic.

The recent flooding is estimated to have resulted in another hefty cleanup bill, but still the Government lacks a coherent strategy for implementing future flood defences, with further floods expected to add to the repair costs for Cork in the coming days.

An unforeseen consequence of the floods has resulted in a number of locals putting up deadly pictures of themselves ‘making do’ in the current conditions. Have you seen the one of your man at the atm?

In the Dáil earlier this week the Taoiseach is reported to have said ‘sure Venice got used to it’ after claims that a comprehensive flood defence system would cost well in excess of €250 million.

“Jesus, really? €250 million? How many buckets to they need?” spouted the Taoiseach under his breath, clearly shocked by the figures.

A committee is now being set up to investigate whether it will be cheaper in the long run to promote Cork as a ‘Venice of the south west’.

Ciaran Walshe, a leading tourism expert shared his thoughts on the proposals with WWN, “it goes against basic concepts of human compassion but sweet Jesus we’ll make a killing off of the Yanks.”

He then offered some suggestions to the government. “I’m not saying don’t help those devastated by the floods, but maybe keep the water there for a year and just see how it pans out, ya know?”

From the floor of the houses of the Oireacthas the Taoiseach began asking TDs “how much do you reckon a few gondolas would cost?”