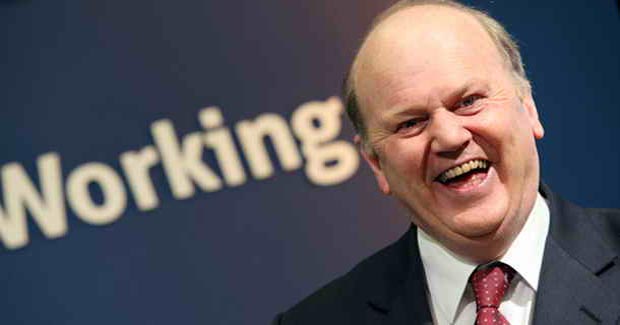 WWN can reveal that the Government has been left red faced following Michael Noonan being named best finance minister by financial magazine The Banker.

Government insiders spoke exclusively to WWN about what has been revealed to be a cruel prank.

“It’s quite sad really, Michael’s been walking around all day with a badge saying ‘best finance minister’ on his jacket. I think he made it himself. No one has the heart to tell the poor fella, they were taking the piss.”

While Ireland’s economy seems to be on the right track its positive performance does little to distract from the immense hardship many of the country’s citizens continue to endure.

What initially started out as a lighthearted gag by The Banker has made international headlines. Countless media outlets have reported on the story with many noting how ‘impossibly happy Michael Noonan has looked’ since the cruel prank was carried out.

“Oh Christ! We honestly couldn’t believe people thought we were being serious,” confessed The Banker’s editor Julian Basilstone, “c’mon, no one could actually believe that…the state that place is in but the story took on a life of its own. We knew we’d gone too far when Mr. Noonan called inquiring about a trophy and prize.”

If reports are to be believed Taoiseach Enda Kenny, who is currently in Iran on a trade mission, has instructed everyone in Leinster house and the rest of the country to ‘just play along’.