POLICE in Los Angeles have launched an investigation into the murder of Hollywood icon Kirk Douglas who was found dead this morning in his home from a suspected gunshot wound to the centre of his chin, WWN can report. The silver screen legend, star of such films as Spartacus and Paths Of Glory, was 103… Read more » WITH Oscar season upon us, WWN turn to our resident dodgybox owner Owen Caulfield to find out his pick and predictions for this years Academy Awards, starting with his thoughts on which movie deserves the mantle of ‘Best Film’ out of the nominated batch. Without further ado, we’ll hand you over to Owen in Waterford… Read more » 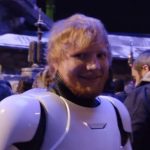 AT this stage, many of you will have seen the indie sleeper hit Star Wars: The Rise Of Skywalker, and had a right old time with its crazy story about a person from a sandy region becoming the saviour of the whole world before the age of 30. But did you spot all the cameos… Read more » 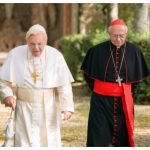 WITH hundreds of viewers and two Academy Awards nominations in the bag, it seems people can’t get enough of Netflix’s “The Two Popes” and well, they’re in luck, because the streaming service has just OK’d a sequel provisionally titled ‘The Two Popes: Pope Harder’. Detailing the story of the transition of Popeness from Pope Benedict… Read more » A STUNNED Waterford man is still trying to come to terms with the genuine existence of the movie version of Broadway musical ‘Cats’ after seeing the film listed in the foyer of his local cinema. “Jess, I thought that trailer you showed me was a piss take,” Graham Lane said turning to his girlfriend as… Read more » FORMER movie mogul and renowned sexual predator Harvey Weinstein has approached the female judge of his upcoming rape trial and informed her that she’s got just the look he’s been searching for, and that there’s a role for him in his next picture if she plays her cards right. “Mr. Weinstein, this is exactly the… Read more » 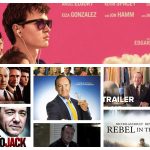 WWN received a gratuity for this article from celebrated, acclaimed and time-he’s-forgiven-actor, Kevin Spacey THESE lists are always contentious affairs but we genuinely think WWN can be proud of the list of films from what was a glorious and challenging decade of cinema: 8) Horrible Bosses (2011) Is it a flawless movie? No, of course… Read more » 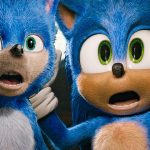 THE ground-up redesign of the CGI Sonic The Hedgehog from the upcoming live-action movie based on the popular video game has gotten two thumbs up from Waterford adult Mark Green, a grown man. Green had reacted in horror after the first trailer for the 2020 kids movie was released earlier in the year featuring a… Read more »