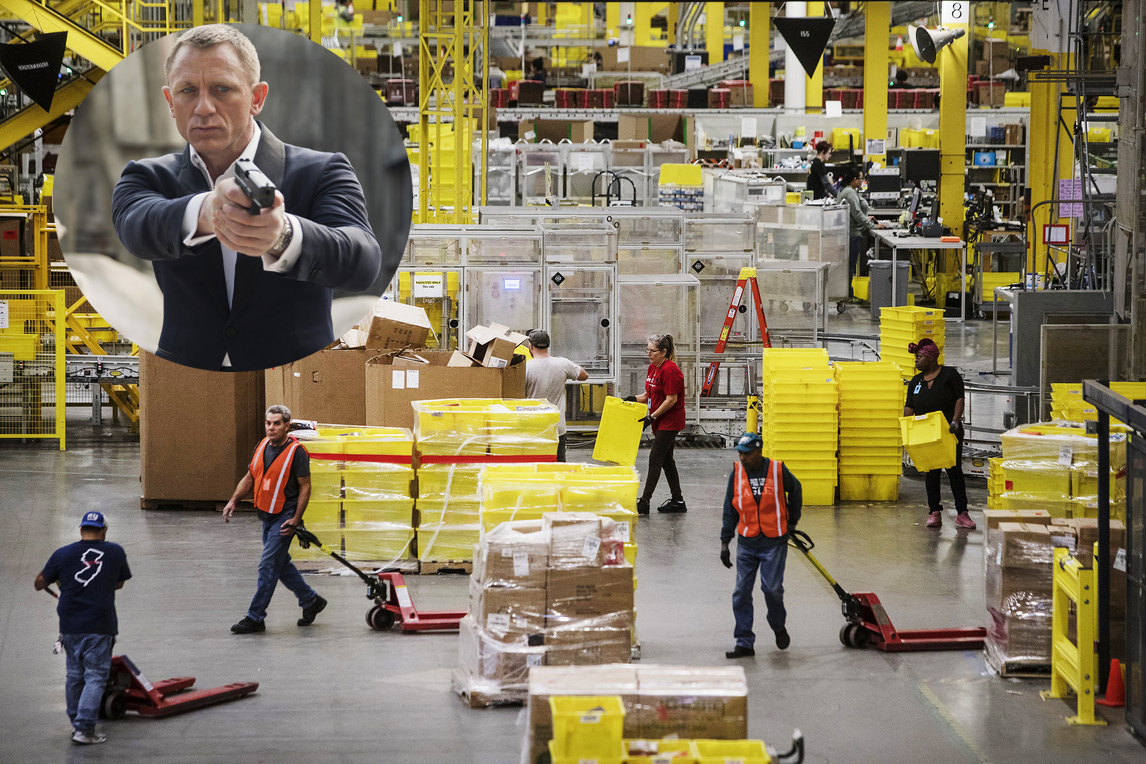 IN A surprising change in direction for one the world’s most famous movie franchises, Her Majesty’s most trusted spy, James Bond, is set to duke it out with a group of heinous factory workers trying to unionise in a bid to be granted permission to use the toilet without getting fired.

Low wage workers haven’t featured as the main Bond villain in the movies before, but producers dismissed the idea that the tonal shift has anything to do with MGM studios being bought up by Jeff Bezos’ Amazon Inc, in an $8bn deal.

“Sure, we could have gone the Russian hacker hellbent on destroying the world with a computer virus laser beam bomb that turns people to dust or some shit, but Bond has always been about fighting true evil such as Amazon factory workers who think unionising is a good idea,” confirmed new Bond screenwriter and personal assistant to Jeff Bezos, Zach Kominsky.

A plot teaser released by Amazon Studios teases out the exciting adventures awaiting die-hard Bond superfans in the years ahead:

“The world’s most famous spy James Bond will face his most challenging foes yet in sequels No Time For A Piss Break, You Only Work 16 Hours Shifts, Never Say Union Again and The Wages Are Not Enough.

Prepare for edge of your seat thrill rides as Bond goes undercover to stop Communists trying to infiltrate Amazon factories with brainwashing tales of ‘surely the richest man in the world can afford to create better working conditions?’. As always Bond will be assisted by his sidekick Alexa”.

Speaking on his decision to sign on for 5 more films, a delighted Bond actor Daniel Craig said “please help, they’re saying I have to shave my head and Bond’s first name is Jeff, Jeff Bond”.