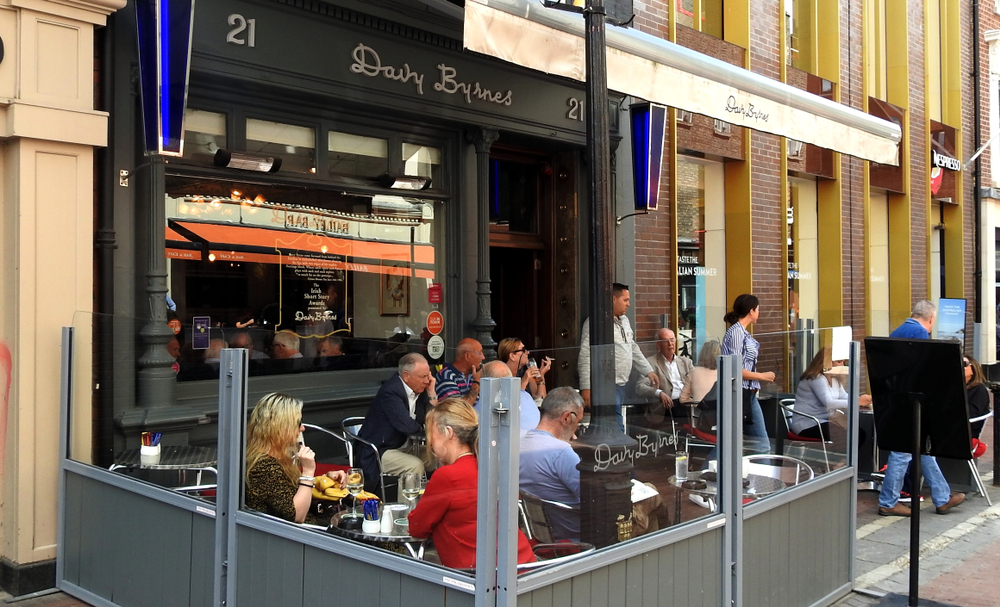 AHEAD of a return to outdoor dining for pubs, cafes and restaurants the government revealed the full range of rules and stipulations which have been met with universal approval from all affected parties, as predicted.

WWN can reproduce the rules for dining below in full below:

6 people per table with a maximum combined height of 36 ft are permitted outdoors from the 7th of June.

Dining time will be restricted to 105 minutes. The end of this time will be signaled by the clock from Channel 4’s Countdown, growing ever louder as the seconds tick away.

Patrons must leave premises by 11.30pm – the exact time at which Coronavirus becomes active.

If an effort to keep everyone safe masks must be worn in between chews of food.

Customers wishing to dine outdoors will be required by authorities to first complete an elaborate obstacle course which stretches over several fields.

Relevant government departments have confirmed absolutely no funding for the installation of indoor air conditioning systems in restaurants or pubs or other indoor settings, 15 months into knowing this disease is airborne.

Faced with the problem of having huge spaces indoors and nothing but a narrow path outside, cafe owners will be given a small grant to turn their premises inside out.

The government has made it illegal for anyone dining indoors in hotels between the 2nd to the 7th of June from contracting Covid and making their arbitrary rules look bad.

No live music is permitted on premises which is seen as a huge victory for people who aren’t fans of cunts playing Ed Sheeran covers on guitar.

Don’t worry, a waitress who has been out of work for the guts of a year will still have to smile and nod as you condescendingly berate her over the fact you asked for Diet Coke, not Coke.

Department of Finance estimates predict all hospitality businesses will have made back all their lost income by 11.30pm on the 7th of June handily enough.

Local councils say they are awaiting a shipment of bitterly cold temperatures, heavy rain and strong winds, which should arrive just in time to put people off eating outdoors and thus keep case increases to a minimum.

The new rules also allow for the daily appearance on local radio of politicians looking for some handy votes come next election with ‘it’s like something out of Nazi Germany’ rants.

Kids will be allowed, increasing groups to a maximum of 15. Kids ruining your fucking meal? Haven’t you suffered enough!

Despite recent advances in science restaurants can do nothing about the ever increasing loud volume of ‘brunch with the girls’ groups.

A Sinn Féin party spokesperson confirmed the party backs 80 people to a table indoors for 17 hours while a thrash metal band played live directly into your mouth, if it’ll get them some votes.

In rare welcome news anyone still saying ‘so hang out I can do X but I can’t do Y’ about every single conceivable scenario will be shot on sight.