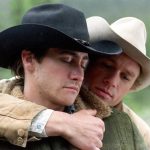 REFLECTING on how much he and society at large has changed over the last decade plus of time, one Waterford man believes he can finally stomach 2005 romantic drama Brokeback Mountain. “Like, it’s mad to think how much I gave out about that movie back in the day and then fast forward a few years… Read more » FOR THOSE expecting a review of Toy Story 4 when it came out around 2 months ago, we here at WWN can only apologise. Absolute nightmare getting someone to look after the kids these days. You know yourself, you make every effort to plan these things ahead of time, but time gets away from you…. Read more » MARTIN SCORSESE’S highly anticipated movie ‘The Irishman’ has taken the internet by storm as buzz for the movie reaching fever pitch with the release of a trailer which surprised fans who presumed the film, which stars Robert De Niro, Al Pacino and Joe Pesci, would be a gangster film. In what Robert De Niro has… Read more » 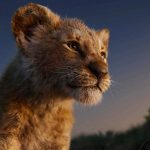 THE LAVISH, expensive and star-studded remake of The Lion King is upon us and WWN is here with its exclusive review from our movie expert Ann Trope. The Lion King is a wonder, and who can’t but be in awe of the hard work and ingenuity behind teaching these majestic animals to talk and sing?… Read more » WWN recently visited the Dublin location for horror powerhouse A24’s new production, currently filming under the working title ‘Dublin’ with a cast made up largely of unknowns. Although the makers of horror hits such as ‘Hereditary’ and ‘Midsommar’ were tight-lipped about the exact details of ‘Dublin’, we were able to ascertain that the bulk of… Read more » DREAMWORKS Pictures has given the world it’s first glimpse at what is sure to be one of 2020’s best agriculturally-based kids animations; the stunning-looking silage movie ‘Bales’. Set in a world where round bales of silage can talk, laugh, feel and talk, Bales stars newcomer Fionan Jennings as a small round bale of silage who… Read more » PRODUCTION on Terminator: Dark Fate has been suspended following the appearance on-set of what appears to be some form of highly-advanced cybernetic warrior, which trashed millions of dollars worth of sets and camera equipment before being brought down by a SWAT team. Terminator: Dark Fate, the sixth movie in the 35-year-old franchise, looked set to… Read more » 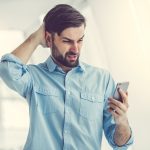 A LOCAL Waterford man greeted the news that screen icon Doris Day had passed away aged 97 with the observation that he had presumed she has died many years previous, sparking calls for living celebrities to do more to make him aware of the fact they are alive. Andrew Brehon (32) admitted to being surprised… Read more » FOLLOWING the confirmation that the long-awaited Marvel extravaganza Avengers: Endgame clocks in at a bladder-smashing three hours and one minute, cinema chains around the world have announced that they will offer urethral catheters to customers who want to make it through the opus without running to the bathroom. 237 people were severely injured in cinemas around the… Read more » SERIOUSLY, do we really need yet another superhero movie which features a woman in the lead role writes WWN Culture’s chief critic Tony Kennedy. Alright already, we get it, women can be superheroes too. But maybe shoving yet another female superhero down our throats in the space of 20 or so years is the opposite… Read more »