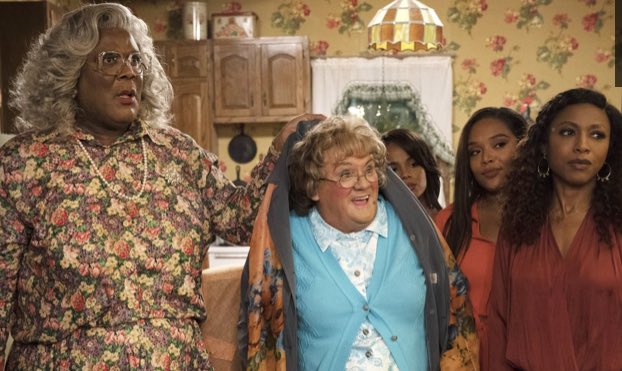 TWO of the world’s foremost experts in dressing up as ‘the loud obnoxious old women’ stereotype have come together for a cross-over movie that both parties are excited about, even if neither have really heard of each other.

Believing that what the world needed more than anything else at this time was a movie featuring not one, but two men in drag yelling non-punchlines for 87 minutes, Ireland’s Brendan O’Carroll and America’s Tyler Perry will come together for a new Netflix project that both have enthusiastically described as ‘something to be at’.

“I understand his character is bafflingly popular in his home country, but nobody where I’m from has ever heard of it,” said both Brendan ‘Mrs. Brown’ O’Carroll and Tyler ‘Madea’ Perry during separate interviews, as photos of the two sharing a set on the new project hit the internet.

“But I looked at it and said okay, I’ve never set eyes on the man and his character is the most annoying fucking thing I’ve ever laid eyes on, but this could give me an opportunity to reach a new audience across the water and hey, if nothing else, it’s going to make me an absolute mint,” they both added, simultaneously.

In other, more uplifting news, the World Health Organisation has warned that Covid numbers continue to soar in poorer nations with low vaccination rates, almost guaranteeing the emergence of a new and deadly strain of the illness that may indeed wipe humanity off the face of the planet before ‘A Madea Homecoming’ has a chance to hit the internet.