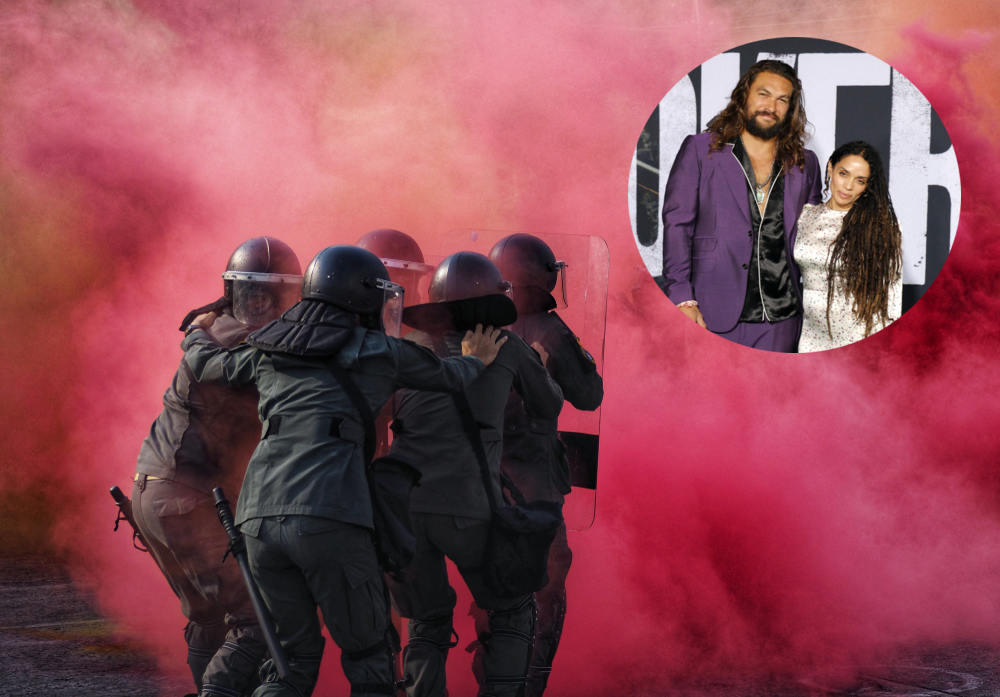 THE HOME of newly single Hollywood star Jason Momoa resembles the heavily militarised US diplomatic greenzone as police continue to struggle in their attempts to keep desperate single women from scaling the walls of his home.

Some 106 officers have been pushing back thousands of women from attempting to enter the Aquaman stars home. Armed mostly with cardboard signs listing the many graphic things they wish to engage in with Momoa, the crowds have been largely unsuccessful.

“We’ve used enough tear gas to put down a dozen attempted insurrections on Capitol Hill but it’s not enough,” said one officer.

“Oh God, they’re so thirsty the tear gas has no effect,” added the officer shortly before being trampled over by dozens of women dressed as Emilia Clarke in Game of Thrones.

The announcement that Momoa and his partner of 16 years Lisa Bonet would be divorcing led to thousands of women abandoning their jobs, spouses and children the moment the news broke, making a beeline for his California home.

“I’ve never seen anything like this, and I’ve worked the big ones – newly single Tatum, Pattinson, Cooper, Mendes, Malik, Drake, Pitt, Gates you name them but it’s never been this bad,” shared another officer calling for aerial support and military intervention.

“We’re going need a targeted drone strike if things don’t improve in the next five minutes,” the officer shouted into his walkie talkie as a woman perfectly disguised as one of the large granite walls surrounding Momoa’s home evaded assembled police.