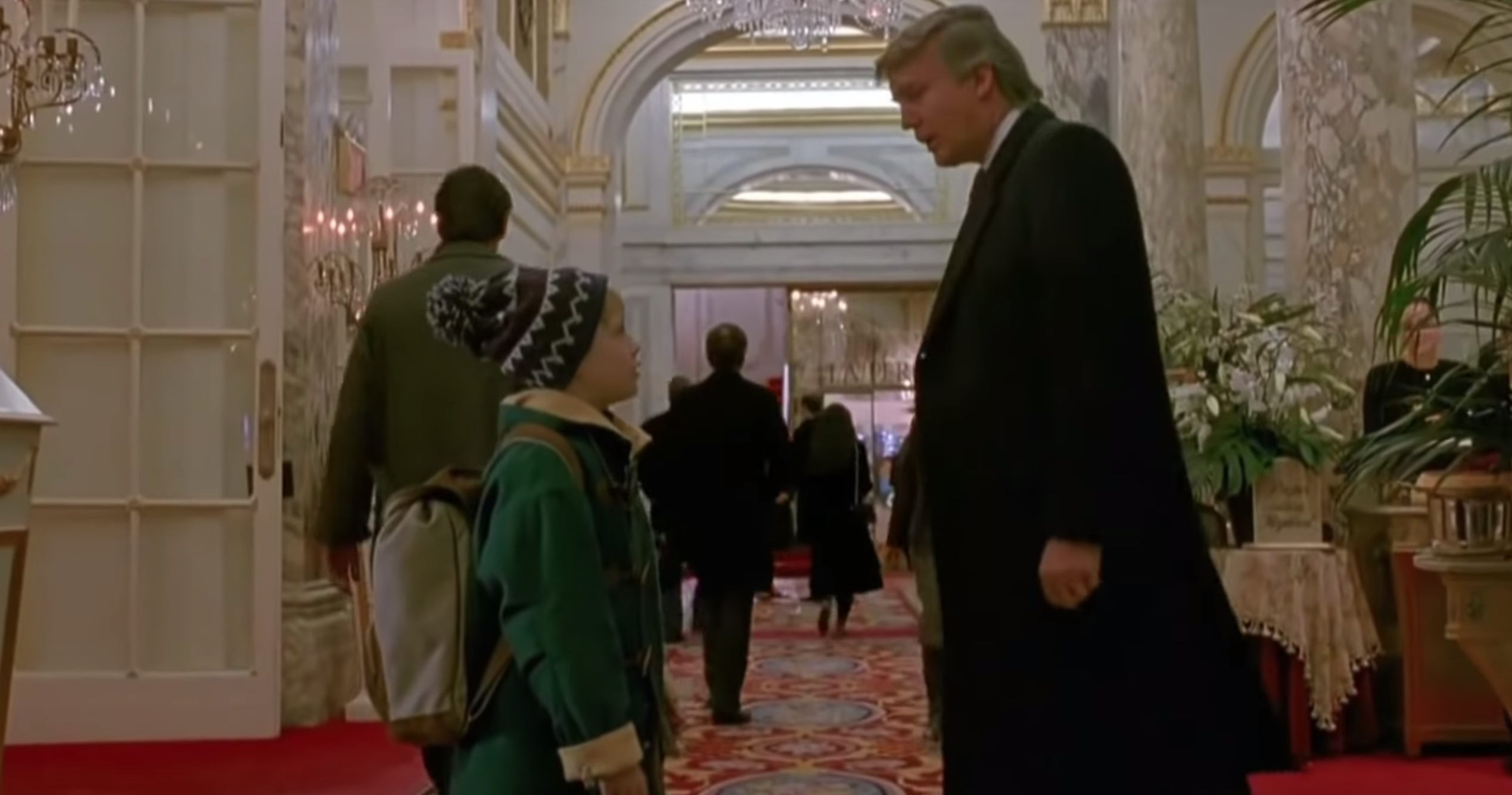 FORMER president and all round malignant tumour Donald Trump has a famous cameo in Home Alone 2 but in light of all actions that have made him infamous and horrible to look at the Christmas movie will now only air with Trump digitally removed from the Culkin classic.

But just what uncontroversial, scandal-free, family friendly face should he be replaced with? The production company behind the film are said to be considering 5 candidates and will be putting it to a public vote soon.

What do you make of the options?

There must be some continuity to the cameo. Trump was chosen for his opulent wealth so a digital CGI Epstein replacement seems a solid choice.

Again, the replacement shouldn’t seem completely random or a massive departure from Trump. Someone seemingly equally fond of democracy as Trump, Hussein could be the way to go.

It’s the Christmas movie crossover everybody wants! If John isn’t available just get Bruce Willis, he’ll act in anything these days.

Her father’s scene isn’t too demanding, he simply provides directions to Kevin McAllister so it wouldn’t be asking much of Ivanka and she already has the morally corrupt personality vacuum routine down pat.

Scientists have warned of the grave implications of the actors present day self traveling back in time to meet his former self, but what’s the worst that could happen.