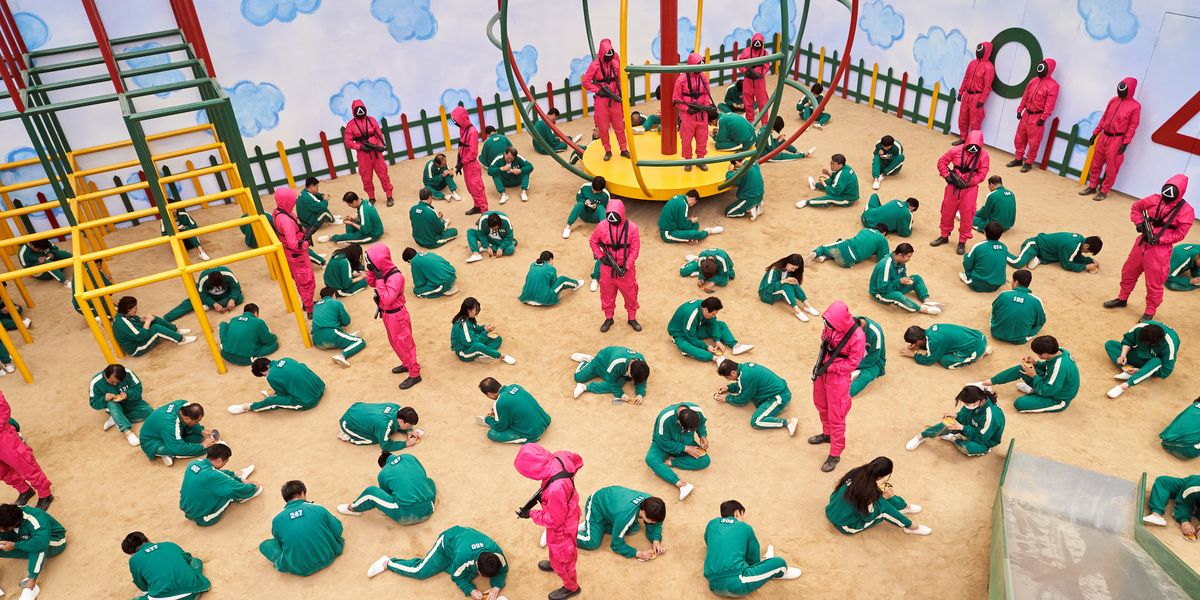 IT’S THE biggest TV show on the planet at the minute and WWN simply wouldn’t be doing its job as a clickbait news outlet if it didn’t try to monetise Squid Game. We’re pretty confident we’re the only content generating entity asking what would it be like if it played out in Ireland? How original!

With over 800 bookies to choose from, a growing rich/poor divide, 175,000 people on the live register and 1-in-4 children living in poverty, coaxing vulnerable contestants to play The Irish Squid Game will not be an issue.

Agents will challenge a mark to a game of conkers to spark their interest, before giving them a 1850 number that if they call would result in them gaining entry, and receiving a hefty phone bill.

Due to the demand, an entry fee of €500 will have to be paid by each contender, of course not including VAT, service charge, and various fees to intermediaries.

With hundreds of offices and industrial units closed thanks to remote working in the Covid affected world, organisers will be spoilt for choice. And there’s absolutely zero chance the local council will check if the building is complying with safety regs. However, one flaw is that 456 people crammed into one room in single beds would be an upgrade in living conditions for the majority of Irish people. It probably wouldn’t hurt to appoint the relation of a TD to the board of the Squid Game either.

Steroid infused, unvetted, insecure men will be drafted in to take care of security matters. The contract for security will be awarded to Denis O’Brien owned, Isle of Man registered firm Siteserv but only after a shady contract bidding process.

The prize fund would be substantial but if it’s anything like parish lottos, GAA draws or Credit Union car raffles it will be won by someone who knows the organiser who didn’t even enter. Despite entry fees likely generating tens of millions of euros, we estimate a 100 grand prize pot will still be enough to entice people to play, with any suspicions around the finances snuffed out with a tenner donation towards some local charity.

And now the bit you’ve all been waiting for; the games. Yeah, about that, unfortunately, due to a dramatic rise in Irish insurance premiums, none of the proposed games have made it passed the strict assessment and safety protocols laid out in the 400 page insurance contract, forcing us to chose a winner via a raffle ticket system and drum, but boy, what raffle it will be. Number 456, salmon ticket.

NOTE: Any whistle-blower bringing evidence of the game’s existence to authorities would be discredited by police and politicians.