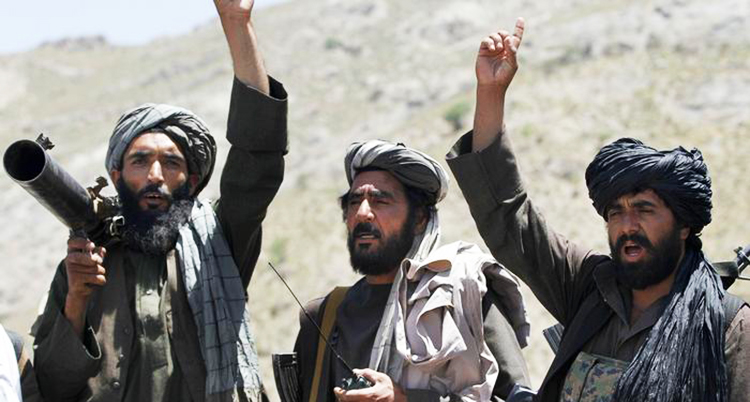 THE Islamic Emirate of Afghanistan more commonly known as the Taliban has today thanked the US military for stopping by for the last 20 years, calling on them to return sometime in the future if they ever feel the need.

“Oh, tell Russia we were asking for them too,” said a spokesban, referring to a similar withdrawal of Soviet troops in 1989 following a 9-year war between the two states, “I hope you guys enjoyed your stay here and thanks for spending $822bn of your citizens money on trying to kill us, we really appreciate all the weapon presents you left behind and military vehicles”.

The withdrawal comes after President Biden insisted on pulling out all US troops out of Afghanistan by 11 September this year to mark the country’s biggest mistake and waste of time since Vietnam.

“Boy, you superpowers sure know how to funnel trillions of dollars of taxpayers money into military hardware for little or no reasonable return,” the spokesban added, who seemed impressed by America’s blatant imperialism, “and you call us out for treating our citizens wrong by mismanaging government funds while keeping them living in constant fear? You sick fucks are the masters at this and we thank you for teaching us everything you know. Please do come again, we’ve learned a lot”.

Meanwhile, the family and friends of over 71,000 innocent Afghan civilians are said to be a little bit disappointed that the US are now leaving the region.

“We were due a wedding in October and hoping for a drone strike to wipe out our entire family as living with the Taliban is worse than death, so that’s all fucked now and we have to push it forward now in the hopes of a stray airsrike. Thanks for nothing, America,” one Afghanistan father concluded.