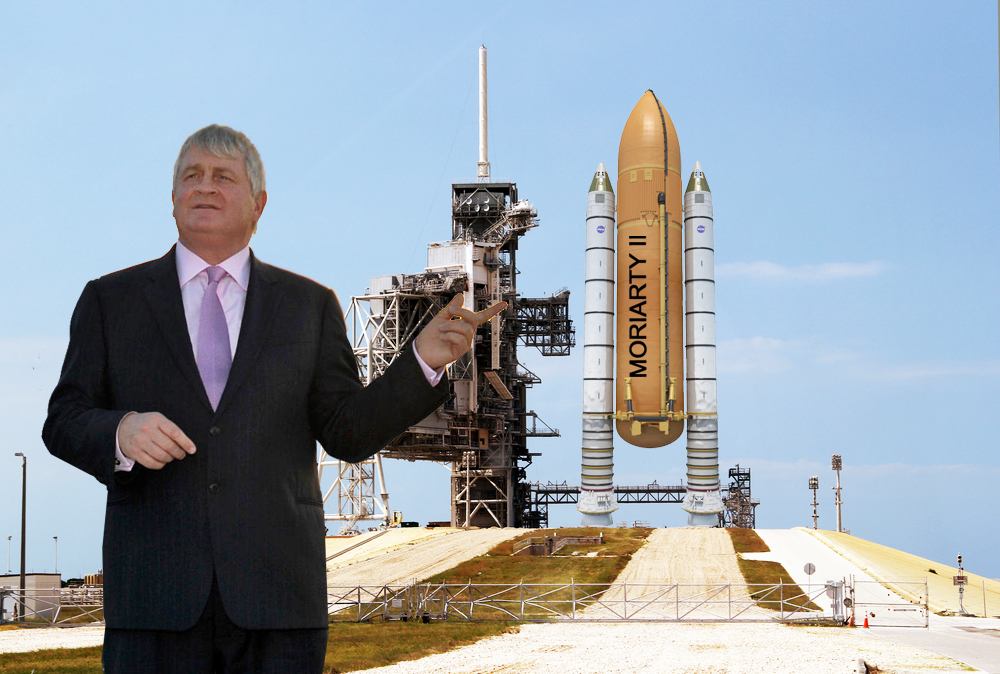 NOT to be outdone by the likes of Richard Branson and Jeff Bezos, super-rich Irish businessman Denis O’Brien is to go boldly where nobody except two other billionaires have gone before; space.

Construction has already begun on the space vessel known as the Moriarty II, which when ready will blast off from Malta, reach the upper levels of the atmosphere with O’Brien on board, and splash down in the Irish sea where it will be immediately met by the tycoon’s vast audience of friends and well-wishers from Ireland’s business and political circles.

Details of the mission are scarce, but we can confirm:

– it will be the first spacecraft to be powered entirely by solicitors letters.

– it will be larger than either Bezos’ or Branson’s crafts; this is nothing to do with O’Brien’s size, we’re told, but instead is merely conforming to the rule that each billionaire’s spaceship must be bigger than the last.

– while Branson and Bezos have claimed that their voyages into space stem from childhood dreams of seeing beyond the veil of our earth, sources close to O’Brien state that his mission is simply to help burn off some excess dosh he has lying around with nothing to spend it on; commendable in its honestly, we admit.

– O’Brien is currently undergoing intensive training to ensure that he is not harmed during flight, unfortunately.

– it is believed that during the 15 minute mission, O’Brien is to divide his time evenly between going ‘weee!’ and point out the window saying ‘I own that’.

Although many including WWN wish Mr. O’Brien the best in his voyage, several people have criticised him for not using his vast wealth to help the poor and needy which was unlikely to ever happen in fairness, space or no space.